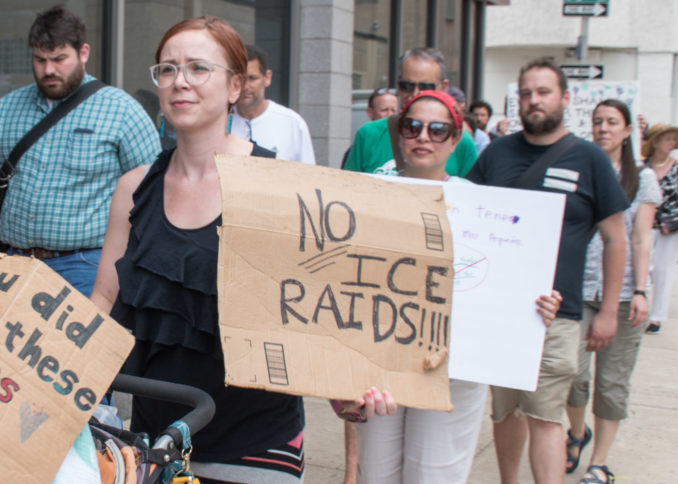 Just a few days after President Trump announced and then postponed his pledge to deport millions of immigrants, about 200 people protested at Philadelphia’s Immigration and Customs Enforcement center on June 24. “Show Up: When Trump Cracks Down, Community Fights Back!” was called by the New Sanctuary Movement/Nuevo Movimiento Santuario, Juntos, CAIR (Philadelphia Chapter), Philadelphia Immigration and Citizenship Coalition, and Make the Road Pennsylvania.

Miguel Andrade of Juntos explained, “This crowd is mostly white. That’s because Trump’s threats of mass deportations are creating terror in my community.” After hearing several other speakers, organizers led the participants in a march.