The Laundry Workers Center and the People’s Power Assemblies went to Flushing, Queens, N.Y., June 15 to demand the owners of the New TYS Laundromat pay the workers what they owe them. Throughout the neighborhood people could hear this chant: “Pay the Workers What You Owe Them, Wage Theft Is a Crime.” 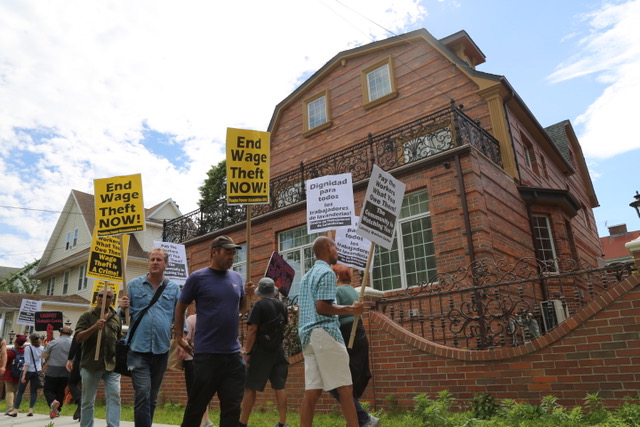 As the chants rang out, people throughout the neighborhood stopped by to find out what was happening. The LWC explained that they were there to demand over $200,000 in back pay that TYS Laundromat workers are owed, along with $400,000 in damages they’re owed for having to work in unsafe and hazardous conditions.

It was further explained that the owners of the laundromat were living in  three-floor housing in Flushing, while paying their workers low wages and also firing them.

The LWC and the PPA stated that they will keep coming to the owner’s neighborhood to continue airing their dirty laundry until the workers get what they deserve.