Mothers Day in Haiti was celebrated this year on May 26. In response to the rape of two students at Quisqueya University a few days earlier, students and feminists turned the celebration of Mothers Day into a march from the university to the center of Port-au-Prince. A few thousand people marched against “Rape, and all forms of violence against women and impunity.” Women and men in roughly equal numbers participated in the demonstration. 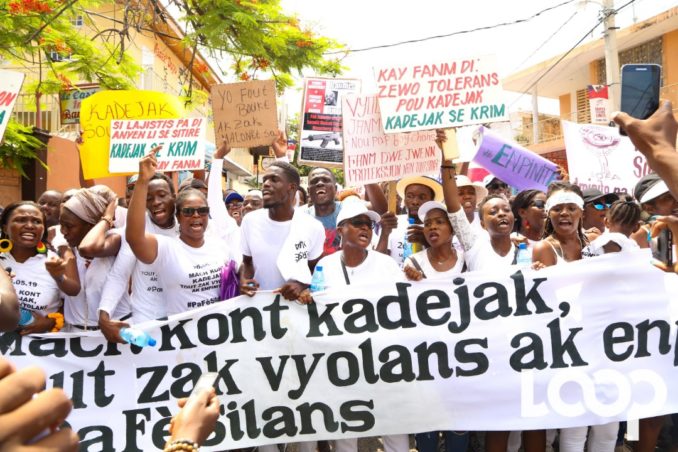 The fact that some local commentators had blamed the young women for the attacks drew a number of sharp responses from the activists and militants who marched.

“Absolutely nothing can justify rape. Girls are free to walk outside at any time they want, and they can dress as they want,” said Wilkenson Saint-Fleur, a student who joined the march. “The authorities must now uphold their responsibilities to the public they’ve sworn to protect; otherwise, people will take justice into their own hands, and we’ll fall into chaos,” he said. (AFP.com, May 26)

Many of the placards carried in the march made the point: “Rape is a crime,” meaning there can be no justification for it — legally, politically or morally.  A number of marchers made the point that rape was being used more and more to repress the legitimate demands of women in Haitian society.

One of the victims was a Quisqueya University student. The rector of the university, Jacky Lumarque, took part in the march and encouraged students to do likewise. He told the press, “Violence tends to install itself as a natural phenomenon, and society begins to cultivate a culture of tolerance vis-a-vis aggressions against women. We must say no.”