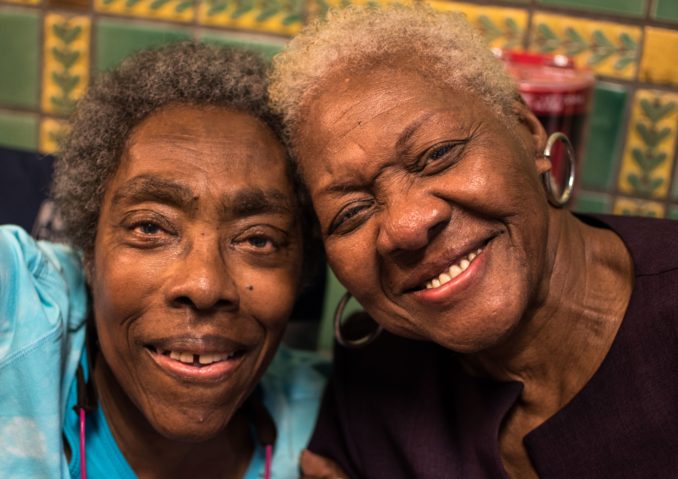 Friends, family and political activists held a “Birthday Celebration of Life” for Ramona Africa in Philadelphia on June 8. Africa is the only adult survivor of the horrendous May 13, 1985, bombing of the communal MOVE home by city officials. The bomb killed six adults and five children and caused the destruction by fire of 62 homes in the neighborhood. No city officials were ever punished for the criminal assault, but Africa was imprisoned for seven years for the crime of surviving. Although still recovering from a recent illness, she continues to fight for justice for the MOVE 9, Mumia Abu-Jamal, Jamil Abdullah Al-Amin and all political prisoners. Pictured here, Africa (left) with her mother, Eleanor Johnson.