WW reprints here Part 1 of an article, slightly abridged, by Sam Marcy, the late chairperson of Workers World Party, that appeared in the April 12, 1992, Workers World. Despite the years that have passed since then, his analysis is highly relevant to understanding the relationship between workers and capitalists today, as signs of a new downturn in the economy multiply. 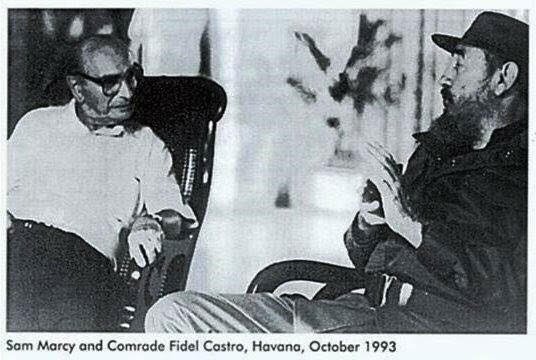 George Meany, a one-time leader of the AFL-CIO, was by no means a paragon of trade union militancy. But toward the end of his term, he had much time to think about the many capitalist recessions and recoveries he had seen.

During the late 1970s the news was full of economic data about the recession going on. A reporter from the big-business press asked him, “When is a recession over?” “The recession is over,” Meany replied, “when everybody goes back to work.”

Every worker, especially the unemployed, would eagerly agree with his answer. Yet not one bourgeois economist will agree with this definition.

There are many so-called independent economic institutes. But they’re all oriented toward the myth that the capitalist system and economic crises are eternal. They may be very interested in an economic upturn, but getting everybody back to work? That is not their concern.

Economic growth not same as jobs

Their concern is “getting the economy moving again” — an altogether different concept than getting everybody back to work.

Of course, the capitalist system can’t run without workers. The workers are the one indispensable element in capitalist production. But full employment is another matter. If Meany had been more knowledgeable about the origin and development of the capitalist system, he might have noted that ever since the first worldwide capitalist crisis, back in 1825, there has been no capitalist recovery where everybody went back to work.

Some workers are always left behind — not just because of the ill will or greed of the capitalist class, but because, on pain of losing out in their competition with other capitalists, they must introduce labor-saving devices which cut down the labor force.

This is as inevitable as the rising sun. It has been one of the immutable effects of every capitalist crisis, resulting in a so-called reserve army of hundreds of millions of unemployed worldwide.

(Of course, if a war follows a capitalist crisis, and if it’s long enough and big enough, it will “employ” everybody.)

This reserve army of unemployed exists not only at the beginning of a recovery, but when it begins to gallop, and even at its very climax. It’s a fact of the historical evolution of capitalism.

Even after the economy has fully recovered, some workers are supplanted by the onward march of technology. At the present time, when innovation and new technology have reached a wild and uncontrolled level, millions have been so displaced.

Every phase of capitalist prosperity, it should be remembered, carries the seeds of its own destruction.

In a recent interview, President George [H.W.] Bush permitted himself to say that he thinks unemployment is “too high” and believes the economy will soon spurt upward. He didn’t bemoan unemployment itself, just that it is too high.

This is the acceptable political and theoretical premise that underlines capitalist ideology: There is and always will be unemployment. If 5 million or 7 million are unemployed, that’s legitimate and in accordance with the norms of capitalist development. Only when it’s too high should the government be concerned. Otherwise, it’s up to the individuals to solve their own problems.

It’s a commentary on the capitalist political system and its leaders, especially the current Democratic presidential candidates, that they don’t take Bush on for this. They don’t see unemployment itself as an evil that corrodes the working class and the lower echelons of the middle class, who are constantly falling to the bottom of the pit with each shakeout of the financial system.

The latest issue of Business Week (dated March 30, 1992) proudly proclaims that “The recovery is here at last” and “KA-Boom–the rebound is underway.”

Most of their statistics are derived from the releases of the Federal Reserve Bank. This is a bankers’ bank. Commercial banks can borrow from it at a low interest rate that no individual could ever hope to get.

The chair of the Federal Reserve Board is Alan Greenspan. Few people are likely to know the names of the six other bankers on the Federal Reserve Board. They’re all appointed, and the public isn’t supposed to be concerned that they’re all white, all men, all rich bankers and industrialists in this “democratic society.” Heaven forbid that anyone should ask why no workers are on it!

The Federal Reserve Board plus the directors of the 12 district banks are in charge of the central banking system. Their role in charge of the money supply makes them more omnipotent than any ancient monarchy. This bank has a Federal Open Market Committee that deals with the financing of the government’s obligations. It buys and sells dollars and bonds, and conducts currency wars abroad.

The game of interest rates

Historically, there’s a neat game that goes on between the U.S. president and the chair of the Federal Reserve Board in times of economic crisis. Congress plays a role in it, too.

The president, whether Republican or Democrat, plays the point man as the advocate of low interest rates or “cheap money.” This is supposed to help the mortgaged farmer, the poor home owner, or little business person borrow from the bank at low interest rates. About 650,000 small businesses have died so far in the past decade, leaving hardly a trace behind.

The lower interest rates are really for the industrialists. The big banks give the ones that are thriving lower rates. As for the ones that don’t make it, the banks can establish themselves as the first and most important secured creditors in case of bankruptcy.

There has been such an avalanche of failures that it has overpowered some of the biggest banks. But all that is part and parcel of the merits of the “free enterprise” system.

The chair of the Federal Reserve Board historically plays the role of the hard-headed, tight-fisted guardian of the money supply. Usually the president and the Congress say that interest rates should be lower. But the chair replies: “Not yet. It will endanger the credit standing of the government. If that goes, the whole universe might collapse.”

Eventually, however, the chair gets around to lowering interest rates, and that is supposed to ease the economic crisis. Pretty soon, almost everybody will go back to work, according to the economic mythology of the bourgeois economists.

In March [1992], the Federal Reserve reported an economic improvement. Among other things, it said there was “a slow but widespread advance in the economy since the end of January.” But further on it narrows its estimate to “some improvement in economic conditions.”

The two assessments are not identical. The Federal Reserve measures its words carefully.

Economic conditions may improve if, for instance, you as a house painter agree to paint my apartment and I borrow some $500 from the bank to pay you. You are then able to pay the rent for your apartment and the insurance for your old car. Many examples like that can add up to economic improvement, especially if they are multiplied by the millions.

But in a general way, an improvement in economic conditions as it is posed in the Federal Reserve survey is not the same thing as restarting the capitalist cycle of development.

What starts up the economy again?

A restart of the economy begins with the employment of workers, from whom the capitalists extract real profit. The capitalist system of exploitation begins with the unpaid labor of the worker, who produces a surplus over and above what is required generally or historically to perpetuate the working class.

All the rest is merely the exchange of values within the system, and can at best only be peripheral to capitalist exploitation. For example, you can multiply the averages on the stock exchange a millionfold, but that in and of itself cannot generate profit. The profit merely changes hands.

Real profit comes from the sweat and blood of the working class. Without that, the capitalist system cannot maintain itself.

Whether the capitalist cycle of production has been restarted has to be examined independently of any ephemeral improvement in economic conditions generally. This improvement may herald an oncoming capitalist recovery, or it may fizzle out just like the last one.

Furthermore, to expect that a right-wing Republican chairman of the Federal Reserve Board, just reappointed by a reactionary Republican president, will take an Olympian view of the capitalist economy and not be influenced by the elections is ridiculous. Is it possible to avoid a flood of phony statistical evaluations calculated to overwhelm the electorate?

The havoc caused by the capitalist crisis has become so severe that the capitalist newspapers in some regions are competing with each other to give vivid pictures of the devastation suffered by millions of families throughout the country. Even the TV networks are forced to show at least once a week the homelessness, hunger and continuing slump in Bush’s standing with the electorate. Some of the truth must come out one way or another.

But what is sorely missing is an explanation of the causes of the capitalist economic crisis. Whatever criticism does appear leads to illusions and hinders independent action by the working class.