Banning abortion in the year 2019 will not result in a world that looks anything like life before 1973, when the U.S. Supreme Court ruled on Roe v. Wade, functionally making abortion legal in all 50 U.S. states and colonized Puerto Rico. Too much has changed since then. Struggles that achieve basic human rights are characteristic of periods when resistance is high, where material and historical conditions make such gains possible.

However, when basic human rights are stripped from the most vulnerable, we find ourselves in quite a different environment. Stripping rights away comes in deep periods of reaction, when our class must be militant, eager and able to combat these encroachments by any means necessary lest we face further losses.

And it is a very reactive world we live in when #MeToo crashes against the rocks of mass media collusion, liberal democracy and the U.S. Supreme Court. Donald J. Trump, a self-admitted sexual predator, says he thinks, “It’s a very scary time for young men in America,” and his son says he worries more for his sons than his daughters. (cnn.com, Oct. 2, 2018)

We should take them at their word. 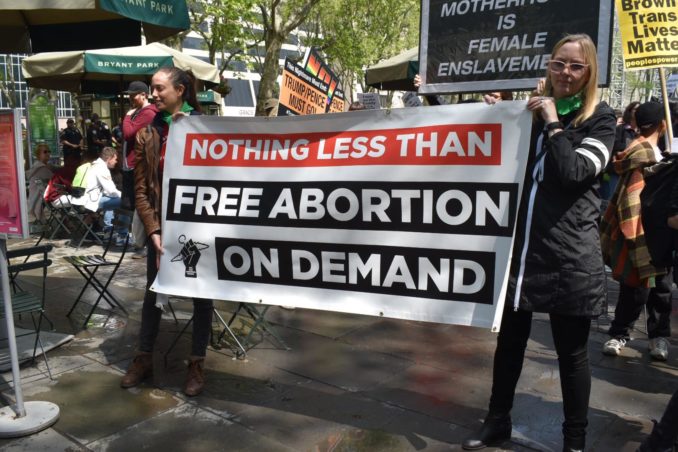 The attack on liberation

It’s with the same breath that someone like Trump renews and strengthens the assault on trans people and migrants while praising the police and the military.

As the opportunities for profit continue to dwindle, and the United States finds itself in an ever-increasing multipolar world, fascism becomes more and more appealing to the ruling class. As resistance to capitalism grows, big business and its running dogs in government will do everything in their power to ensure, as Donald Trump promised this year, that “America [sic] will never be a socialist country.” (nytimes.com, Feb. 14)

Subjugating the bodies of women and gender oppressed people are part and parcel to this devious plot against socialism and liberation.  It should come as no surprise, then, that a recent wave of legislation has been passed in Alabama, Georgia, Kentucky, Mississippi, Ohio, Missouri, Arkansas and Utah to severely restrict or ban abortion outright. Texas, Oklahoma, Louisiana and Minnesota are currently in the process of passing their own laws to either ban or severely restrict abortion.

A failed Texas bill even recommended the death penalty for people who performed or obtained abortions. This is a clear attack against our class that will have cascading ramifications for women and people of oppressed genders, especially the most vulnerable. 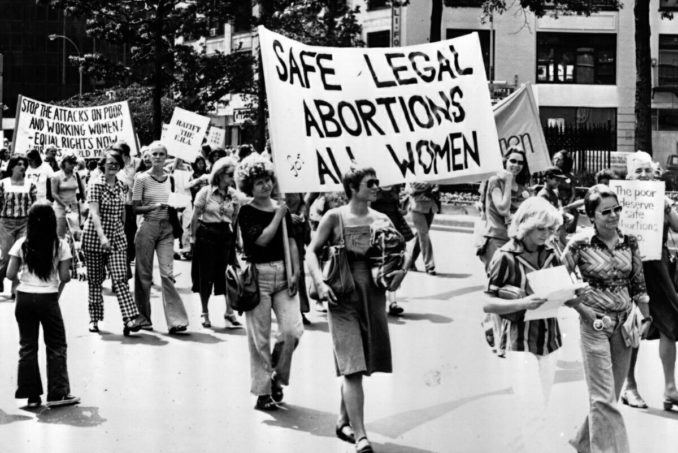 Making abortion illegal would result in mass suffering that will be difficult to quantify. The main demographic among the dead and wounded will continue to be cis women (identifying with the sex she was born with) of color. The more recent repression and prison sentences levied against women whose fetuses died in utero or during birth have been disproportionately levied against women of color.

War criminals like George W. Bush signed into legislation plenty of laws, such as the Unborn Victims of Violence Act of 2004, to make it so. Purvi Patel, Keysheonna Reed, Bei Bei Shuai and Theresa Lee Hernandez are just a few of the women of color who have been tortured and jailed for failing to bring their respective fetuses to term.

Rich white women have always had an easier time accessing abortion, even when it was illegal. The idea that it would just be a question of traveling to another state or country, or ordering abortion medication online, assumes that one would have the means to do so in the first place.

Making abortion illegal will strengthen those engaged in patriarchal abuse. Women and other people of oppressed genders will be coerced to remain in proximity to their abusers. The idea that making abortion illegal is “pro-life” is laughable when 40 percent of women killed in the United States are murdered by their intimate partners.

Women and gender oppressed people experience higher rates of poverty at every age than men do, and a classic symptom of domestic abuse is financial control. After banning abortion, will pregnant women and people of oppressed genders be more likely to escape their abusive relationships by living in poorly funded domestic violence shelters, going into debt when they give birth in poorly funded hospitals and then being slandered as “welfare queens” when they approach the state for financial support? The answer to this question is — obviously not.

Making abortion illegal will compel many millions of vulnerable people to stay in relationships where they face beatings, rape, psychological torture and/or murder.

In order to succeed, our struggle against patriarchy needs to approach a new level of resistance. We will need to build serious, militant and strategic fightback against any attempt to force us to bear children, stay with our abusers or detransition.

We need to go on the offensive, educating our class on how this is not merely an issue that affects people who can bear children — this is about everyone. We need cis men to form “Dr. George Tiller Brigades” to support our work. We must, all of us — cis and trans, Black, Brown and white — do everything in our power to let the ruling class know: We will not go softly back into biological, cis hetero bondage. As women and gender oppressed people have been in the forefront in the battle against Nazism and white supremacy, so too will we unleash the greatest fight these men have ever seen to defend our rights and win liberation for our entire class.