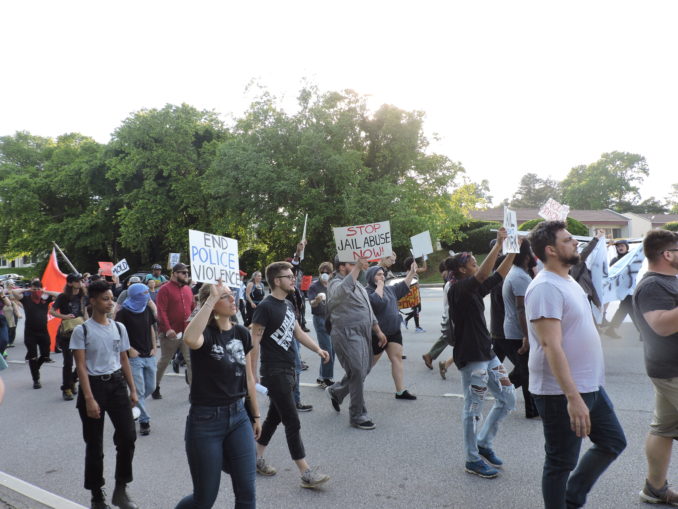 A militant demonstration of 200 people chanted and marched from an Atlanta-area rail station to the Dekalb County Jail on May 15 to protest inhumane conditions inside the jail. The demonstration marched through Memorial Drive, a major road in Dekalb County.

Protesters blocked traffic until police attacked them in the street and violently arrested four people. Although demonstrators were being forced off the streets, they maintained a loud presence in front of the jail.

Prisoners and their families have been complaining about the horrible living conditions in the jail. They have told stories of inadequate and inedible food, black mold growing on cell walls and extensive use of solitary confinement. Also, access is limited for medical services for both pre-existing conditions and illnesses acquired inside the jail.

This is the second demonstration to protest these conditions. These issues have been brought before the county commissioners, but they have not taken any action. Sheriff Jeffrey Mann has refused to meet with the prisoners in his jail. He claims there have been no grievances filed, even though it is well-known that prisoners will be punished for complaining about these conditions.

The demonstration was called by the Incarcerated Workers Organizing Committee of the Industrial Workers of the World (IWW), and was supported by many local and national groups. Organizers vow to be back in the streets to continue this struggle.