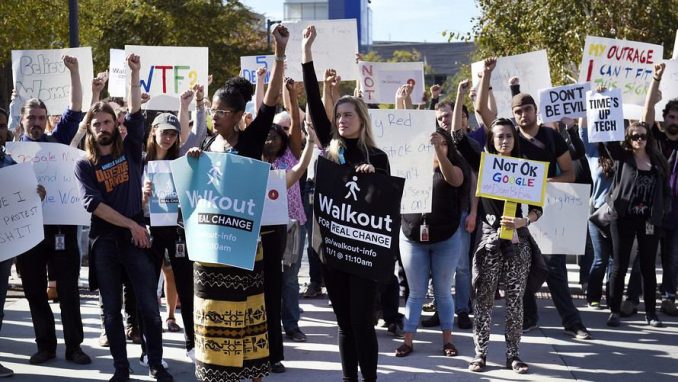 A hearing for a proposed class action lawsuit was conducted in San Francisco Oct. 26 on behalf of 8,300 women who had worked for Google in California since September 2013 in such jobs as product management, software engineering and technical writing. The case follows a major inquiry by the U.S. Department of Labor in 2017, which reported that its audit of Google revealed “systemic compensation disparities against women pretty much across the entire workforce.” The inquiry came after Google, a federal contractor subject to equal opportunity laws, refused to hand over employment records to the DoL. Google was subsequently ordered to disclose salary documents to DoL, which found that Google was paying women less than men doing similar work, while denying promotions and career opportunities to qualified women.