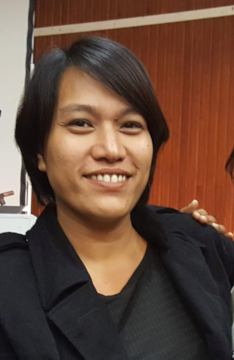 The following testimony was presented by Joan May Salvador at the Sept. 18-19 International Peoples’ Tribunal in Brussels, Belgium, on the violations of women’s rights and misogyny in the Philippines. Salvador is Secretary General of GABRIELA Philippines, a mass women’s organization.

As a Filipino woman activist and human rights defender, I recognize the oppression and injustice against the many in our society — the marginalized, voiceless, nameless, underserved sectors, the farmers, workers, rural and urban poor, Indigenous people and women. My work constantly seeks to contribute toward the elimination of oppression and injustice against our people.

For many Filipino women like myself, every day under the presidency of Rodrigo Roa Duterte is a day of fierce resistance amidst waves upon waves of attacks on our rights.

I cannot stand idly by while President Rodrigo Duterte, the highest elected official in our land, serially violates women’s rights with his sexist and misogynistic statements and deeds. I cannot stand idly by while the most powerful man in the country — whose words are easily translated into policy directives — contributes heavily to reinforcing a feudal and patriarchal culture that treats women as inferior, as sex objects, as properties, which includes a whole range of sexist customs, practices and ideas.

By way of presenting evidence of President Duterte’s serial sexism and misogyny, I will show this Honorable Court a short video clip of some of the most abominable displays of his misogyny from the time he was campaigning for the presidency up until today as the president of the Republic of the Philippines.

Ladies and gentlemen of this International People’s Tribunal, President  Duterte has repeatedly displayed ingrained prejudice against women. He has contributed immensely to reinforcing inequality, not simply between men and women, but in a larger context between the powerful and the powerless.

President Duterte has spewed rhetoric that pushes women to conform to certain standards and to make them feel inadequate. He has promoted discrimination and violence against women in its various forms. Indeed, Philippine President Rodrigo Duterte is misogyny personified.

Filipino women continue to be treated as sources of cheap labor, as commodities, as mere properties. Against a backdrop of a feudal and patriarchal culture systemic within Philippine society, President Duterte’s blatant display of misogyny correlates well with the troubling persistence of violence against Filipino women and children.

President Duterte often tells rape jokes, despite constant insistence by women’s rights activists that rape is no laughing matter — especially so because during the first year of Duterte’s presidency in 2016, the number of reported cases of rape totaled 9,943.  There were 3,463 more rape cases that year than the annual average of 6,480 for the prior decade. This was an increase of 53 percent!

Meanwhile, the Philippine National Police’s Bantay Krimen Web-Based Monitoring System showed 8,461 rape cases were reported in different police stations in the country in 2017.  That total is still a lot higher than the average annual number of reported rape cases prior to Duterte’s presidency.

Meanwhile, about 15 cases of rape nationwide have been reported every day during the current year. Ironically, Duterte’s hometown of Davao City —  where he served as mayor — is ranked as the city with the highest number of reported cases of rape.

Similarly, reported cases of other forms of violence against women and children — including domestic and partner abuse, sexual harassment, prostitution and sex trafficking — are also on the rise.  Poor women are consistently more vulnerable to abuse. For example, the Philippine Statistics Authority reports that the rate of spousal or partner violence committed against women is 31.6 percent in lower-income households, as compared to 18.3 percent in highest-income households.

It is important to bear in mind that these are conservative numbers. In the Philippines — and globally — only one in every three women who are victims of violence report the abuse to authorities (U.N. National Demographic and Health Survey data). This is particularly true when their own family members are the perpetrators, as in cases of incest, and they are powerful men.  It is also due to the prevalent culture of victim blaming, as police officers, media personalities and even President Duterte himself exemplify.

Alarmingly, Duterte’s drug war against the poor and his continued imposition of martial law in Mindanao have provided more fertile ground for rampant abuses by state security forces.  On several occasions, the president addressed them with his own misogynist and sexist orders.

Since 2017 — or since the start of the Philippine National Police’s campaign against illegal drugs — 13 policemen have been involved in eight rape cases, 13 acts of lasciviousness, and one case of sexual harassment and physical assault against women.

It is contemptible that while the police try to justify the war on drugs as a way to curb the prevalence of rape in the country, members of the PNP are raping women and committing other forms of sexual abuse under a regime that blatantly disregards women’s rights and promotes a culture of impunity for perpetrators and abuse of authority.

In his words and deeds, President Duterte has committed — and by extension through the actions of Philippine state security forces — grave violations of the Philippines’ obligations under the Convention on the Elimination of all forms of Discrimination Against Women (CEDAW) and Philippine laws, such as the Magna Carta of Women, the Women Development Code of Davao and about 20 other national laws. This is demonstrated by the growing number of cases of violence against Filipino women and girls, and in a host of other social practices that normalize and trivialize rape and violence against women.

The Philippines is a signatory to CEDAW, which is also called the International Bill of Rights of Women, and is obligated to eliminate all forms of discrimination against women and to respect, protect and fulfill women’s human rights.

In line with its above-mentioned commitments and obligations under  CEDAW, the Philippines 1987 Constitution enshrined a state policy that recognizes the role of women in nation-building and the fundamental equality of women and men before the law.

Women activists, feminists and women’s organizations, myself and GABRIELA included, have also played a crucial role in the adoption by various local governmental units of gender and development codes, such as the Women Development Code of Davao City, which was approved on Oct. 14, 1997, by President Duterte, then the mayor of that city.

The law supposedly affords special protection to women, particularly in regard to the following concerns: ensuring that women are treated equally in law and in fact; that women enjoy the same rights and privileges as men; and that women are not treated as objects but as human beings whose dignity the state values and whose human rights are guaranteed and afforded full respect and protection.  Also, that all forms of violence and discrimination against women are eliminated; that women are treated as equal partners of men in development; and that they are provided the same spaces in governance and public service.

Thus, any violation of women’s rights — and worse, when wantonly and repeatedly committed by the highest official in the land — must be seen not only as an attack against women, but as a grave and therefore punishable violation of existing laws.

Therefore misogyny is no longer seen as a simple case of one’s personal dislike of, contempt for or ingrained prejudice against women. Rather it must be seen as a violation of particular laws that protect women.  It is a crime that, like any other, must be punished.

President Duterte’s public statements promote, rather than discourage or prevent, discrimination against women.  They are offensive to women. They are tantamount to verbal abuse of women. They harass women. They degrade women.  They harm and endanger the lives of women.

Honorable members of this International People’s Tribunal: It is about time that President Duterte is held accountable for his grave violations of the rights of Filipino women.