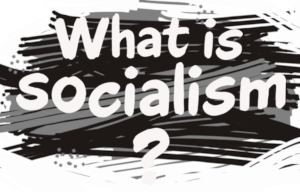 This Part 2 of the series “What Is Socialism?” consists of an abridged version of the first half of Sam Marcy’s 1992 pamphlet entitled “Soviet Socialism: Utopian or Scientific?” In it, Marcy describes an attempt by a Welsh manufacturer in the early 1800s to overcome the horrors of newly industrialized capitalism by establishing a town in the U.S. based on communist principles. He analyzes its many achievements but also what eventually overwhelmed this bold experiment. The complete pamphlet can be read at workers.org/marcy/cd/samsoc/index.htm.

Not far from the Wabash River in southwest Indiana is a little town called New Harmony. Its population of about a thousand hasn’t varied much for decades. It has been seen for many years as a cultural center in a largely agricultural region.

The town of New Harmony has considerable significance from a historical point of view. It was a milestone in the evolution of socialist thought and has retained some features of social reform that have practical political significance, even today.

What makes New Harmony stand out? More than 150 years ago, when it was still a frontier town, an attempt was made to build a communist society there. There were many similar ventures at that time, but this one is notable because it was organized and inspired by one of the truly great figures of the 19th century, a Welshman named Robert Owen.

Robert Owen stands out like a giant because he did spend his considerable fortune in the cause of improving the lives of the workers. He established a number of communist societies in Scotland and in the United States and devoted the better part of his life to tireless defense of the interests of the working class.

In his book “Socialism: Utopian and Scientific,” Frederick Engels, the co-worker of Karl Marx, described how Owen’s work began at a time when the conditions of the working class in the large manufacturing towns of Britain had become frightful.

“In the industrial revolution most of his class saw only chaos and confusion, and the opportunity of fishing in these troubled waters and making large fortunes quickly. He saw in it the opportunity of putting into practice his favorite theory, and so bringing order out of chaos.

“He had already tried it with success, as superintendent of more than 500 men in a Manchester factory. From 1800 to 1829, he directed the great cotton mill at New Lanark, in Scotland, as managing partner, along the same lines, but with greater freedom of action and with a success that made him a European reputation.

“A population, originally consisting of the most diverse and, for the most part, very demoralized elements, a population that gradually grew to 2,500, he turned into a model colony, in which drunkenness, police, magistrates, lawsuits, poor laws, charity were unknown. And all this simply by placing the people in conditions worthy of human beings, and especially by carefully bringing up the rising generation.”

How different this was from the underfunded, ill-conceived social services of today, which help drag down the spirit of the people!

“Whilst his competitors worked their people 13 or 14 hours a day, in New Lanark the working day was only ten and a half hours. When a crisis in cotton stopped work for four months, his workers received their full wages all the time. And with all this the business more than doubled in value, and to the last yielded large profits to its proprietors.

“In spite of all this, Owen was not content. … ‘The people were slaves at my mercy.’ The relatively favorable conditions in which he had placed them were still far from allowing a rational development of the character and of the intellect in all directions, much less of the free exercise of all their faculties.’ And yet the working part of this population of 2,500 persons was daily producing as much real wealth for society as, less than half a century before, it would have required the working part of a population of 600,000 to create. ‘I asked myself, what became of the difference between the wealth consumed by 2,500 persons and that which would have been consumed by 600,000?’

“The answer was clear. It had been used to pay the proprietors of the establishment 5 percent on the capital they had laid out, in addition to over £300,000 clear profit. … The newly-created, gigantic productive forces, hitherto used only to enrich individuals and to enslave the masses, offered to Owen the foundations for a reconstruction of society; they were destined, as the common property of all, to be worked for the common good of all. …

“His advance in the direction of communism was the turning point in Owen’s life. As long as he was simply a philanthropist, he was rewarded with nothing but wealth, applause, honor and glory. … But when he came out with his communist theories, that was quite another thing. …

“Banished from official society … he turned directly to the working class and continued working in their midst for thirty years. Every social movement, every real advance in England on behalf of the workers links itself on to the name of Robert Owen. He forced through in 1819, after five years’ fighting, the first law limiting the hours of labor of women and children in factories. He was president of the first congress at which all the trade unions of England united in a single great trade association.”

From 1825 to 1827, New Harmony [in Indiana], now in the hands of Owen, attracted many of the most idealistic and inventive reformers of the day, as well as women and men of the natural sciences. In addition, many jobless people found their way there, inspired by public lectures Owen gave in many Eastern cities.

The principles of the community were explained as follows: “Within the community all work was to be equal. One was to receive that which was necessary to him. The teachers’ work was to be on the same footing with the laborer, the farmer the equal of either. All were to perform to the best of their ability and receive the same compensation.” (“The New Harmony Story” by Don Blair)

The progressive achievements of this little utopian colony inevitably became the basis for important demands taken up later by the working-class movement. The bosses are still fighting tooth and nail against such benefits and cutting them back wherever they can. To the extent that they are today more generally available to the workers, it is owing to bitter class battles across the country. How interesting that what were at that time considered utopian have now become very practical and indeed necessary.

Long after it ceased to be a communist colony, New Harmony was a social and cultural oasis. It was to become a center of both the abolitionist and the women’s movements.

Why did it disintegrate? The common explanation given by bourgeois critics of these early communist experiments is that they failed to reward “personal initiative” and the “rugged individualism” for which capitalist imperialism is so famous.

However, the more important reason for their failure was that they were in competition with the capitalist mode of production and dependent upon it for the purchase and sale of materials.

Owen had based his conception of communism on the view that the success of his colonies would enlist the cooperation of the bourgeoisie, who would join in when they saw how superior these societies were. He and the other great utopians, like Claude Henri Saint-Simon and Charles Fourier, overlooked the characteristic feature of the capitalists: their unlimited greed and avarice driven by the profit motive. Not only does that prevent their conversion to the idea of a utopian society, but they cannot be persuaded to grant even the workers’ most meager demands without a struggle.

Appealing to the inherent goodness of these capitalists proves to be an exercise in futility. By the time Marx and Engels wrote “The Communist Manifesto,” the bourgeoisie had revealed all its basic social and political tendencies. … Neither the philosophers nor the theoreticians of utopian idealism [during Owen’s time] could foresee the devastating class character of the society that was emerging under total domination by the bourgeoisie.

Not until Marx and Engels arrived on the scene was it possible to analyze the dynamics of the capitalist system. … The raging class struggle made any attempt at social equality and abolition of the horrors of capitalism impossible. Socialism can only come as the product of the resolute struggle of the working class itself in irreconcilable conflict with the bourgeoisie.

Above all, Owen could not in his day foresee the emerging anarchy of capitalist production. The destructive force unleashed by the periodic paroxysms of capitalist crisis would not allow even a tiny oasis to carry out the systematic planning needed to build his egalitarian society. Indeed, these cooperative ventures with their more limited resources are among the first to be swept away, as later history showed. Many of the cooperative enterprises, built up by years of hard work and self-sacrifice, fell victim to the crises that the capitalist mode of production inevitably brings.

Owen started his first cooperative venture in 1800. By 1825, when he tried to develop New Harmony as an island of cooperation in a world torn by class antagonisms, the first worldwide capitalist economic crisis was under way.

Even the capitalist crisis of 1825, while short-lived, was universal in character. It vitally affected New Harmony because no community can stand alone in the face of such great devastation.

Communism as an idea has existed for centuries. Communist societies like New Harmony and New Lanark and hundreds of others were not an accident of history but a response to the meanness, inequality, poverty, etc., of class society.

The roots of communism go much further back, however. They lie deep in the primary stage of the development of human society. Primary communism was the first form of social existence of the human species.

Lewis Henry Morgan’s writings on the communal life of the Iroquois in North America confirmed what the socialist movement in Europe had deduced about early societies elsewhere before written history: that there was a universal period when property was communal, there was no state, and the products of human labor were shared equitably. These conclusions have since been fortified by the study of Native peoples all over the Americas, Asia and Africa.

Primary communism based on food gathering and hunting succumbed to private ownership because it lacked the necessary concentration and development of the means of production. But private property, while more productive, also brought subjugation and degradation, first of women.

The discovery of the early communist societies refuted the canard assiduously cultivated by apologists for the bourgeoisie: that a planned society is utopian, that humankind cannot plan its own society on the basis of common ownership of the means of production and equitable distribution of the products of labor. People had done just that for hundreds of thousands of years.