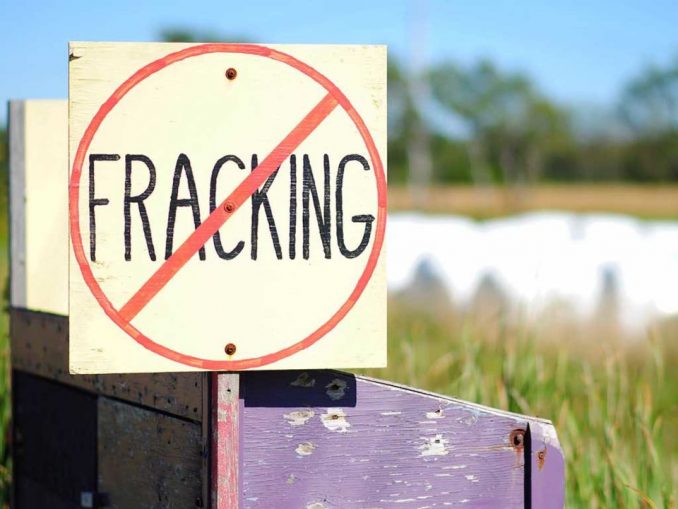 While the Trump administration in the U.S. continues to deny the pressing impact of global warming — and acts to reduce environmental protections for the benefit of gas, oil and coal companies — governments in at least two other countries have taken positive actions in recent weeks.

On July 12, the Republic of Ireland became the first country in the world to divest from fossil fuel companies. Then, on Aug. 1, Mexico’s President-elect Andrés Manuel López Obrador pledged to outlaw hydraulic fracturing, a major contributor to greenhouse gas emissions.

The Irish Parliament ratified the Fossil Fuel Divestment Bill to compel the Ireland Strategic Investment Fund to sell off its shares in coal, oil, peat and gas “as soon as practicable [within five years].”  To emphasize that, “A message to the Irish government to divest from fossil fuels is spelled out in lights in front of the lower house of parliament.” (Guardian, July 12) The bill is expected to become law before the end of 2018.

Previously, Norway had divested from some fossil fuels, targeting coal companies, but still has major gas and oil holdings.  Globally, the movement to divest from fossil fuels has impacted trillions of dollars of investment funds from pensions, insurers, cities, including New York, churches and universities.

The Irish state holds more than $367 million in fossil fuel investments in 150 companies. “The bill considers a company to be a fossil fuel company if 20 percent or more of its revenue stems from exploration, extraction, or refinement of fossil fuels.”

Unlike the U.S., which recently pulled out of the 2016 Paris Agreement on global warming, the bill enforces Ireland’s climate change commitments to the agreement and has bipartisan backing throughout the government.   In June, Ireland was ranked the second-worst European country on climate action, so the passage of this bill is welcome news. Environmental activists view this as a powerful statement.

López Obrador, who won Mexico’s presidential election on July 7, stated in a press conference on Aug. 1 that he will ban hydraulic fracturing (“fracking”).  Fracking for natural gas is thought to be a major contributor to higher atmospheric levels of carbon monoxide (CO) gas directly linked to increasing global warming.

Food and Water Watch Executive Director Wenonah Hauter applauded this call, while urging López Obrador to “move even further by pledging to transition Mexico to a fully clean, renewable energy future, thereby setting a remarkable example for its neighbors to the north.” (Mintpressnews.com, Aug. 1)

López Obrador, who will take office on Dec. 1, also spoke out in opposition to the 2013 privatization of Mexico’s oil and gas reserves, which had been previously controlled by the state-owned Federal Electricity Commission (CFE).  He accused the previous neoliberal government of deliberately closing the CFE plants to buy electricity from foreign countries at very high prices.

These measures demonstrate that progress is being made in the worldwide  campaign to curtail global warming, stop corporate pollution and move toward “a clean, renewable energy future.” But the movement must go further and challenge the capitalists who ravage the earth in their drive for superprofits, no matter what damage they cause. The capitalist system is the main danger to the planet and its inhabitants. It’s time to say so!