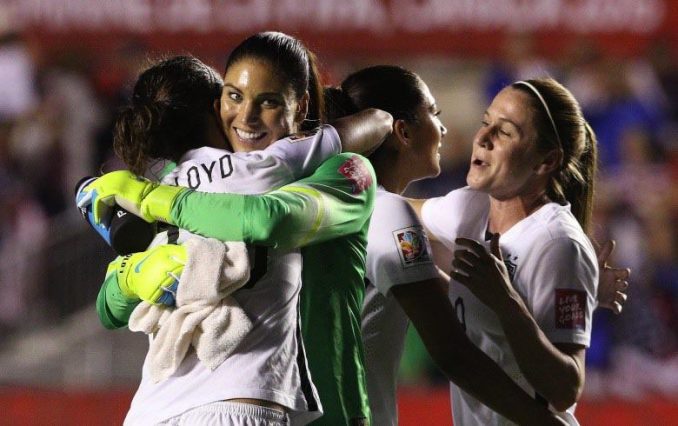 Hope Solo is a former goalkeeper for the U.S. women’s national soccer team, a two-time Olympic gold medalist and a World Cup soccer champion. Solo is also white. So when she spoke, at a Hashtags sports conference in New York City on June 28, on why the U.S. soccer team did not qualify for the 2018 FIFA World Cup in Russia, her answer shocked many.

This is not the first time that Solo has spoken about inequality in her sport. When she attempted a bid for the presidency of the United States Soccer Federation earlier this year, Solo accused the eventual winner of the election, Carlos Cordeiro, of not promoting pay parity between female and male soccer players.

She said, “He was part of a federation that generated millions of dollars off the backs of its players, and much of it off the back of its women’s players, who have been the economic engine of this federation for years, yet [we were] treated like second-class citizens.” (sportingnews.com)

When she and her teammates brought a wage discrimination lawsuit to the Equal Employment Opportunity Commission against U.S. Soccer two years ago, Solo said of the women’s team, “We are the best in the world, have three World Cup championships, four Olympic championships.” Yet, the men “get paid more to just show up than we get paid to win major championships.” (The Nation, April 5, 2016)

Solo’s recent comments struck a nerve by exposing the racist, elitist nature of U.S. soccer. Within the U.S., discrimination rules in the world’s most popular sport, while winning teams from around the world are comprised of talented players from so many oppressed countries and nations.