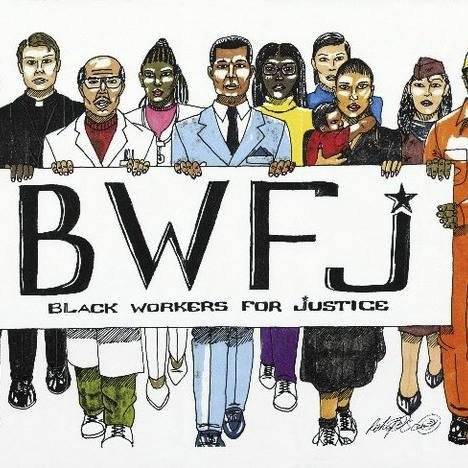 The following statement was issued by Black Workers for Justice, based in North Carolina.

Again, we see the U.S. government trying to start another war as a diversion from the capitalist crisis that is causing great suffering among masses of working-class and poor people. The U.S. wars violate international laws and the U.S. Constitution, while attacking basic democratic and human rights to challenge the suffering and brutality carried out by the capitalist economy and the “State” (government).

Trump got elected president on the racist promise of making America great again! Trump is intensifying the War on Black America — killing, maiming and jailing Black and Brown people, criminalizing immigrants and Muslims, and fostering regime change throughout the Americas.

This attack on Syria is part of a U.S.-led global war that includes the War on Black America. Black people must oppose this war on Syria, all wars abroad and in the U.S. This war contributes to the economic and social crises.

As our tax money is spent by the ruling 1% for war, there are more cuts to public services, schools, vocational education, jobs, health care, affordable housing, clearing up the environment, repairing the infrastructure, and supporting veterans that are disabled and mentally broken from fighting in these imperialist wars.

The struggle for Black liberation must also be a struggle against imperialist wars. The European heads of the global capitalist system — the U.S., France and the U.K. are again deciding what part of the world they want to dominate and control for increasing their wealth, and positioning their militaries to dominate the world.

We Say No to U.S. Led Racist and Imperialist Wars!