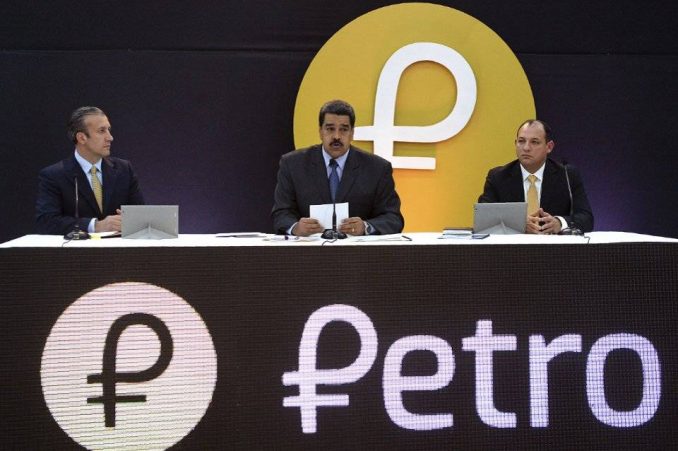 Last December, when Maduro first announced the plan to launch the petro, he said it is meant to break the U.S.-imposed financial sanctions choking the people of Venezuela. The petro, he said, would help Venezuela “make financial transactions and overcome the financial blockade.” It will give Venezuela some monetary sovereignty, he added.

Sanctions enacted over the last year by President Donald Trump’s administration have blocked Venezuela’s ability to move money through international banks, interfering with oil exports and even slowing the country’s payments of debt obligations. The sanctions have also blocked the Venezuelan people’s credit and debit cards, as Visa, Mastercard and the others are all controlled by U.S. banks.

The petro is a challenge to the U.S.-dominated world banking system and the imperialist controls used for economic and political domination of developing countries.

On the website www.elpetro.gob.ve, available in Spanish and English, the petro is called the first state-issued crypto asset, and a white paper released on the site gives more details.

What does that mean?

The petro is a digital token based on the new blockchain technology — using a digital, decentralized ledger of all transactions, called blocks, that are linked and cryptographically secured. Blockchains are secure by design and being decentralized means that no central authority (like the big banks) is needed to authorize the transaction. Blockchain technology means that the petro is removed from financial institution manipulation, including U.S.-imposed sanctions.

Bitcoin is the best known blockchain-based token, though unlike the petro, it is not an asset-based token. According to the Swiss regulatory body FINMA, tokens can have three functions: payment tokens, utility tokens or asset tokens. (tinyurl.com/ydz3f24w)

Payment tokens like bitcoin are best known and also called cryptocurrencies. Utility tokens are used to provide digital access to an application or service. Asset tokens are tied to assets, and are similar to bonds.

The petro is an asset token tied to Venezuela’s oil and mineral reserves. “The Petro (PTR) will be a sovereign crypto asset backed by oil assets and issued by the Bolivarian Republic of Venezuela on a blockchain platform,” the white paper says.

Venezuela is also pursuing other ways to circumvent the U.S. sanctions war on their country. They have established trade with China, Russia and Turkey, using each of those countries’ national currency, not the dollar. They are seeking similar terms of trade with other countries. For example, during a recent trip to India, Venezuelan Foreign Minister Jorge Arreaza said, “We don’t want to use the dollar at all,” reported the Times of India on March 13. “We want to import technology, food products, and medicines by paying (Indian) Rupees and they will pay us (Venezuela) not in dollars but in Rupees.”