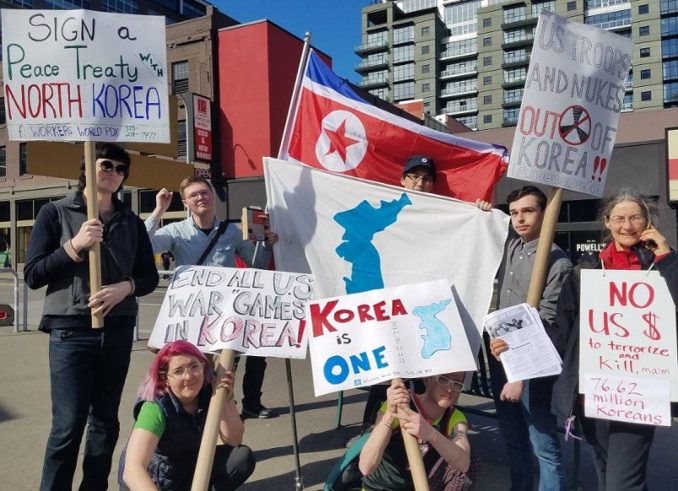 Portland, Ore. — A lively group of Portland Workers World Party members and friends was joined by a contingent of new party candidates from Washington state on March 10 to demand “Hands Off Korea” and reunification of the Korean peninsula. Hundreds of Korea fact sheets were distributed while the group marched through the crowds at Saturday Market along the Willamette River.

It was evident from the responses and conversations with people along the way that, despite the extreme demonization of the Democratic People’s Republic of Korea by the media, a surprising number of people were in support of self-determination for the DPRK. They also want an end to the permanent U.S. military presence in south Korea.

A 17-year-old high school student, who said she was a Marxist-Leninist, found the event through social media; she’s interested in getting involved with the Portland branch. Another student talked about the lack of funding for her school and connected that to money spent on U.S. wars — money that should be used for education on how to stop those wars.