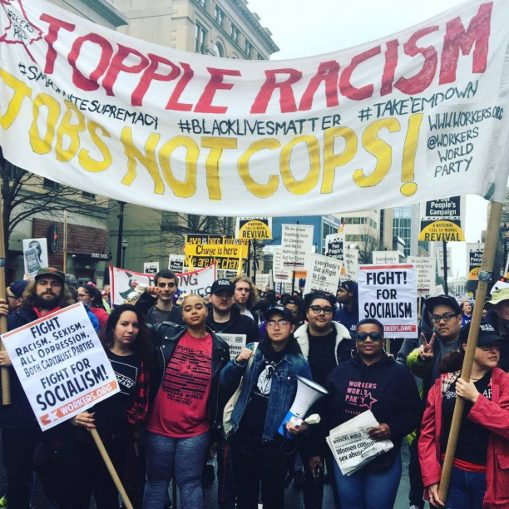 Over 15,000 people participated in the 12th annual Moral March on Raleigh and Historic Thousands on Jones Street People’s Assembly on Feb. 10 in North Carolina’s capital city. The march, which was principally organized  by the North Carolina NAACP, brought hundreds of community, labor, civil rights and faith-based organizations from across the state to march on the state legislature. One of the activity’s main themes focused on challenging the racist gerrymandering of election districts in the state. The demonstrators also tackled many other issues of systematic racism. Members of the Durham branch of Workers World Party joined the march, along with the Youth Organizing Institute; United Electrical Workers Local 150, North Carolina Public Service Workers Union; and Democratic Socialists of America.