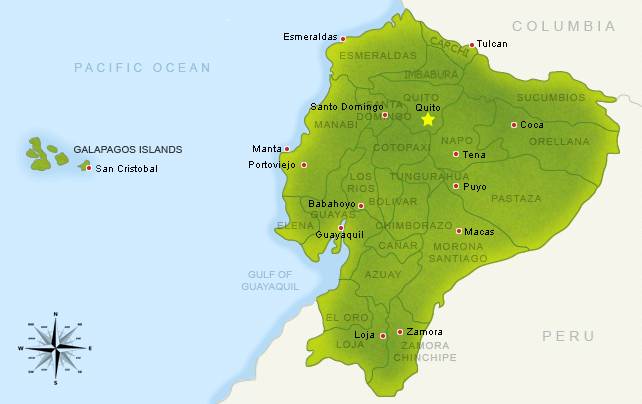 Quito, Ecuador, Feb. 4 — The air was almost festive this balmy morning in Quito when Zoila Ramírez went out to vote against a seven-point referendum that would decide if Ecuador moves further away from its “Citizens’ Revolution” led by former President Rafael Correa. All was calm as the current President Lenín Moreno’s call for a “Yes” vote prevailed by 64 to 36 percent, according to CNE, the National Electoral Council.

The “Yes” vote prevents Correa, who was president from 2007 to 2017, from running for president again in 2021. This is important because despite the setback on the referendum, Correa remains the single most popular political leader in Ecuador. He is identified with the gains of the Citizens’ Revolution, which led to social and economic advances for the masses.

Correa, who led a popular, month-long caravan through Ecuador starting Jan. 7 that contested Moreno and the referendum, tried to rally his supporters after the vote. He tweeted, “Congratulations to all of our militants. No movement by itself can achieve the 36 percent that we achieved, even more unlikely in so little time and in such an unequal struggle. The struggle continues. … Ever forward to victory.”

Correa was emphatic in a TeleSUR interview after the vote that he’s not interested in running again and that he only returned to campaign for “NO” on crucial question #3. That allows Moreno to replace the 10 constitutionally elected members of the powerful Council for Citizen Participation and Social Control (CPCCS) and through the CPCCS to replace another 150 state officials in what amounts to a dictatorial power grab. The CPCCS was established to institutionalize the appointment of state officials and empower citizens to participate in their nomination, which had historically been a matter of dividing the spoils between power brokers.

Not only Moreno, but the banks, the oligarchy, the privately owned media, the imperialists and some 40 social organizations, including the unions, which represent 4 percent of the working class, the Socialist Party and the Comunist Party Ecuatoriano — which is being denounced by Ecuador’s original CPE for its opportunism — supported the “Yes” vote on the referendum. The only social organization supporting the “No” was the National Women’s Forum, which was prevented from running their video spots on TV.

That 36 percent of the people questioned the official discourse and voted “No” on the crucial unconstitutional referendum question #3, which was designed to grant dictatorial powers to the new president, was still significant.

Nevertheless, there are fears that the regime will prevent Correa from returning home and that he will join former Vice President Jorge Glas as a political prisoner. Glas was convicted in December on alleged corruption charges. Many people consider this a legal lynching in this land of 16.4 million people, similar to the “soft coup” or “lawfare” which the oligarchy and imperialists used against Lula da Silva this year and Dilma Rousseff in 2016 in Brazil. A setback for the left in Ecuador will have consequences for all of Latin America.

The popular ex-president of Uruguay, José “Pepe” Mujica, worries that the people of Ecuador are too quiet.

Moreno turns to the right

After running as the candidate of Alianza PAIS, Correa’s party, and winning a narrow victory over banker Guillermo Lasso, Moreno abandoned his campaign promises and adopted the program of the right wing starting in March.

Now Correa denounces Moreno as a professional impostor, a liar and a traitor. Moreno’s circle includes Jaime Durán Barba, who also advises right-wing Argentine President Mauricio Macri in the art of dirty politics. Eduardo Mangas resigned as presidential secretary after his taped words went viral, saying that Moreno made secret deals with an opposition party prior to the election.

Moreno even invited the FBI several days ago to investigate a bomb attack in Esmeraldas Province. A free trade agreement with the U.S. is in the works. Moreno is allied with bankers determined to maintain “dollarization” at all costs. Moreno calmed the bankers’ fears by putting the private banks in charge of electronic money. The paranoid bankers’ nightmare was that electronic money would end Ecuador’s use of U.S. currency.

Moreno has usurped dictatorial control of the state, and only a mass struggle will reverse the counterrevolution. Voting or passive support for the old Correistas won’t change things. Correa told TeleSUR in the Feb. 4 interview that the youth must carry on the struggle.

More than 2 million people emigrated after Ecuador’s dependent neoliberal economy collapsed in the late 1990s. Their remittances saved thousands of families from destitution. The political upheaval from that disaster sparked the Citizens’ Revolution that united the people and ultimately put Correa in office in 2007.

Correa was also swept into power by the so-called “pink tide” of popular uprisings against military dictatorships in Latin America and the neoliberal Washington Consensus at the turn of the century.

Rafael Correa is compared favorably with the great President Eloy Alfaro. who introduced progressive changes in the early 20th century that benefitted Indigenous, women and poor citizens at the expense of the oligarchs and the church.

After Correa was elected, the Alianza PAIS movement founded a new constitutional order in 2008 with the framing of the Constitution of Montecristi. During Correa’s presidency, the rule of law was established, the infrastructure was developed, and education and health care were expanded. Government policies lifted 2 million people out of poverty during a period when oil prices were high. The Correa government refused to make the people pay for the crisis of capitalism with austerity and made Ecuadorians proud of their country.

In the following years, Ecuador put an end to neoliberal relations with the United States. Correa expelled the World Bank representative, renegotiated the foreign debt, and established trade and financial relations with China. Correa’s government reversed the terms of oil contracts with multinational corporations so that 80 percent of revenues now benefit the country.

In an important move, the contract for the U.S. military base in Manta was not renewed in July 2009. Friendly relations were established with Fidel Castro, Hugo Chávez and Evo Morales, along with membership in CELAC (the Community of Latin American and Caribbean States) and UNASUR (the Union of South American Nations). Many Ecuadorians in North America and especially in Europe appreciated the support they got from Correa’s government, and they are now extremely critical of Moreno’s alliance with the bankers.

Dominant capitalist relations on the continent, however, were fundamentally unchanged, leaving capitalists in control of most industry, banking and media. In Ecuador, unions and social organizations, including some infiltrated by the CIA, fell into conflict with Correa. The lack of mass organizing for struggle and weaknesses on the national question regarding Indigenous nations became Correa’s Achilles heel.

Though Ecuador is an incredibly beautiful country, one never knows when the next big earthquake will shake it up, like the one that struck the coast on April 16, 2016.

Zoila Ramírez is proud of Correa’s powerful response to that earthquake, which took hundreds of lives. Ramírez returned with this writer to the country of her birth in 2015, after many years in New York, because she admired what economist Rafael Correa and his Alianza PAIS movement had accomplished in 10 years. Zoila never doubted that Ecuador’s commitment to bettering the lives of its people would change.

But things did change for the worse. Engineer Jorge Glas, who had managed the earthquake reconstruction as vice president under Correa, campaigned successfully to win the coast population. But people on the coast rewarded the party of Rafael Correa for coming to their aid by supporting Moreno in the second round of a close presidential election.

For his efforts, Glas was rewarded with a six-year prison term. He was framed in the Supreme Court and convicted without proof by an amazing constellation of retrograde forces. The president of the National Assemby and 44 National Assembly members from Glas’s own party, members of the opposition and the entire “judicial” system of prosecutors and judges have magically fallen into line behind Moreno and the media, public as well as private.

Jorge Glas is the scapegoat, but he is also a whistleblower who had to be silenced after he exposed a corrupt deal that Moreno made with disgraced former President Abdalá Bucaram.

Moreno has betrayed not only his party, but those who voted for him. After his inauguration eight months ago, Moreno halted the quake reconstruction process and diverted $300 million of designated aid to the general budget, explaining that the funds were “idle.” Moreno has used the judiciary against his political enemies in a superficial anti-corruption campaign, which is apparently designed first to destroy Correa and second to roll back the Citizens Revolution.

Zoila now reflects, “I would think twice or even three times before coming back under these conditions.” She voted “No” — seven times “No”!