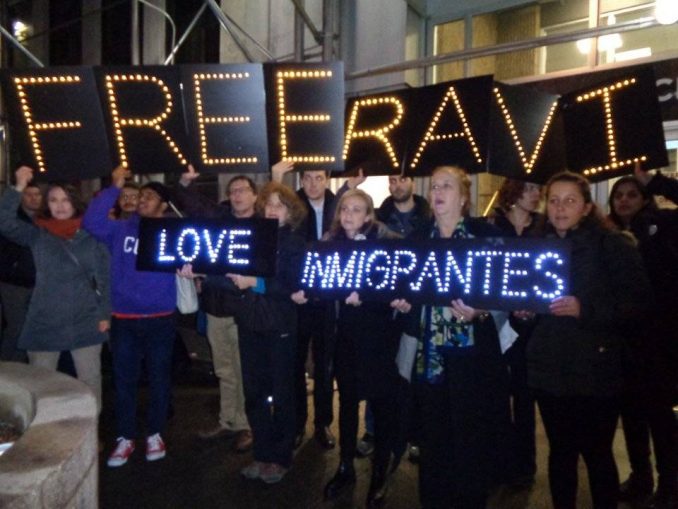 Protest at ICE center on night of Ravi Ragbir’s arrest.

Angered by the Trump administration’s offensive against immigrants, hundreds of people gathered in Washington Square Park in New York City on Jan. 15, Martin Luther King Jr. Day, to protest the arrest of Ravi Ragbir, an immigrant-rights leader from Trinidad, and Jean Montrevil from Haiti. Both were arrested by Immigration and Customs Enforcement agents earlier in January.

The New Sanctuary Coalition of New York City organized the demonstration. It works out of the nearby Judson Memorial Church, where the group held a press conference. Speakers demanded that Immigration and Customs Enforcement release Ragbir and Montrevil.