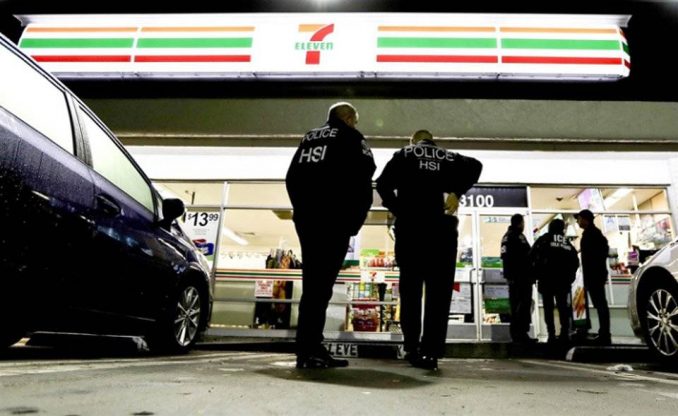 The federal government is continuing its campaign of terror against migrants. On Jan. 8, the Department of Homeland Security announced plans to end temporary protected status for 200,000 immigrants from El Salvador. Salvadorans were granted the right to stay in the U.S. in the wake of two devastating earthquakes in 2001. TPS is granted to immigrants from countries suffering from natural disasters or civil wars.

The Salvadorans join 55,000 Haitians who lost TPS in December. Both Haiti and El Salvador are among the poorest countries in the Western Hemisphere; four out of 10 Salvadorans officially live in poverty, according to the World Bank. This has led to a dangerously high crime rate, with San Salvador, the country’s capital city, having the highest murder rate in Central America.

El Salvador’s decline into extreme violence and poverty began in the 1980s, when the U.S. armed, trained and supported a right-wing government that carried out unspeakable atrocities against the people, This included the infamous massacre of 700 men, women and children in the village of El Mozote in 1981. Mass emigration followed that war.

Homeland Security is giving these immigrants 18 months to leave or face deportation. The news has devastated Salvadoran families, who don’t want to introduce their children — many U.S.-born — to a life of violence and economic deprivation. Most of those affected by the order have been in the U.S. for over a decade; many have steady jobs, pay taxes and own homes.

The Committee in Solidarity with the People of El Salvador has blasted the order, denouncing Trump’s “dangerous agenda of closing off our country and getting rid of anyone who doesn’t meet their racist definition of a white citizen.” (cispes.org)

Hondurans could also lose TPS, despite the current climate of government repression that has recently taken over 30 lives, left hundreds injured and led to hundreds of arrests.

The anti-immigrant campaign continued on Jan. 10 when U.S. Immigration and Customs Enforcement conducted 98 surprise raids of 7-Eleven stores in 17 states. ICE Director Thomas D. Homan claimed the raids were directed against “U.S. businesses that hire and employ an illegal workforce” (New York Times, Jan. 10), but none of the bosses who exploit the undocumented were arrested. All 21 of the arrests were of workers who now face deportation.

These raids, more of which could be forthcoming, represent a coordinated move to terrorize all the workers in these and similar stores. When was the last time that government agents went into workplaces en masse and arrested workers? Clearly, this is meant not only against the individuals being deported, but against the whole low-wage workers’ movement, which has largely been led by immigrants.

The U.S. government has no right to deport immigrant workers to conditions of dire poverty, violence and political repression. It is the political and economic domination of these countries by foreign imperialist powers that has left Salvadorans, Haitians and Hondurans with no choice but to make the dangerous journey north. Every worker must stand with immigrant workers and declare: “No human being is illegal! No borders in the workers’ struggle!”