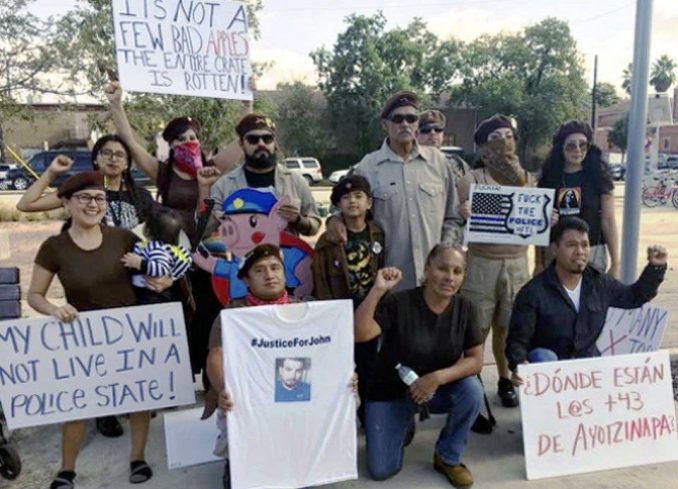 Organized by the Brown Berets de TejAztlan, a rally and march to condemn police violence gathered victims’ families and activists together on Oct. 22. Janie Torres, whose brother was viciously beaten and thrown into downtown Buffalo Bayou to drown on Cinco de Mayo in 1977, rallied the crowd, saying, “I was a child when my big brother was murdered 40 years ago and I will continue to protest killer cops for the next 40 years until they stop killing our people.”

A special honored guest was Omar García, a survivor of the 43 students who were disappeared on Sept. 26, 2014, from the Ayotzinapa Rural Teachers’ College in Iguala, Guerrero, Mexico. Respected Mayan elder, Teresa, urged everyone to continue their solidarity and unity with all victims of governments and police violence all around the world.