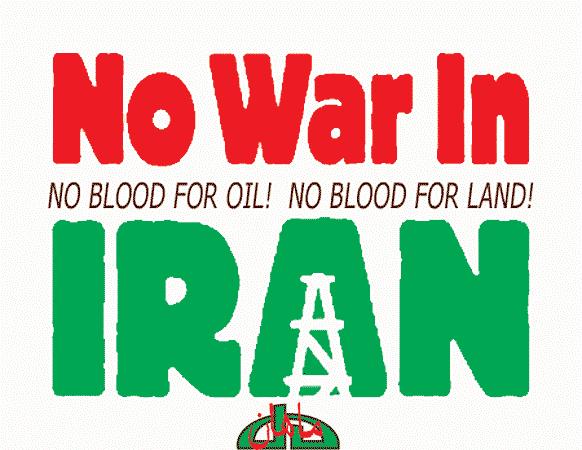 The imperialist-in-chief in the White House is ramping up hostility against Iran. He is threatening to pull the U.S. out of a 2015 nuclear deal made between that sovereign country and the P5+1 countries — members of the United Nations Security Council plus Germany.

The Joint Comprehensive Plan of Action requires Iran to roll back its nuclear program in exchange for ending some, but not all, U.S./ U.N.-imposed sanctions.

According to rules made by Congress, the Trump administration has to recertify on Oct. 15 that Iran is complying with the JCPOA. But because that was a U.N.-sponsored deal, it actually does not require congressional ratification. The International Atomic Energy Agency has the sole responsibility for validating Iran’s compliance.

The IAEA has certified eight times that Iran is fulfilling its obligations under the agreement. The other signatories to the pact have concurred.

But Trump has repeatedly denounced the agreement, and in August imposed new sanctions against Iran. If he does not recertify that Iran is meeting the pact’s requirements, then Washington can levy more horrific economic sanctions on Iran’s 80 million people.

Now, U.S. hard-liners are seeking to stop Iran from developing even conventional missiles, an issue not covered in the nuclear capability-related JCPOA. Gholamali Khoshroo, Iran’s ambassador to the U.N., wrote in the New York Times on Oct. 8: “My country is not seeking to develop or acquire nuclear weapons.” He stresses the JCPOA, which prohibits Iran from making ballistic missiles to deliver nuclear weapons, “does not restrain us from developing conventional military deterrence technology that so many other countries possess.”

Where should anti-war activists and other progressive forces stand on Iran’s right to develop defensive weapons? At the crux of the matter lies the oil-rich nation’s right to sovereignty and to protect its people from imperialist aggression, whether economic sanctions, political attacks or military actions.

As right-wing hawks in Washington sound ever more bellicose and target specific countries, including Iran, with increasing threats, such as military action, a brief look at U.S. intervention in Iran shows why the country’s right to defend itself should be supported.

The U.S. CIA, along with British intelligence, overthrew Iran’s democratically elected prime minister, Mohammed Mossadegh, in 1953. He had nationalized the country’s oil industry, an intolerable act to U.S. and European capitalists.

Then the imperialists installed the notorious tyrant Shah Reza Pahlevi. He denationalized the oil industry, with 60 percent of proceeds enriching U.S. companies. U.S. and European governments remained mum about the shah’s orchestrated murders of thousands of Iranians opposing his regime.

Following a 1979 revolution in which the Iranian people overthrew the hated shah, the U.S. government imposed, and later intensified, economic sanctions against Iran — allegedly due to the country’s nuclear development program. In 2006, the U.N. levied further sanctions and later strengthened the economic war against Iran.

Meanwhile, former President George W. Bush, who called Iran part of an “axis of evil,” threatened to use military force against the country.

The U.S. Navy’s Bahrain-based Fifth Fleet has stationed two naval battle groups in the Persian Gulf off Iran’s west coast. Led by two carriers loaded with millions of pounds of missiles and bombs, these include 20 ships, 130 strike aircraft and 20,000 marines and sailors. U.S. warships frequently fire warning shots at Iranian ships in the Gulf and in the Strait of Hormuz, through which passes one-third of the world’s sea-transported oil.

After a U.S. Navy ship fired flares at Iranian ships in April, Iran’s Foreign Minister Mohammed Javad Zarif tweeted, “Breaking: Our navy operates in — yes, correct — the Persian Gulf, not the Gulf of Mexico. Question is what the U.S. Navy was doing 7,500 miles from home.” (Guardian, April 26)

Given how the U.S. has installed military might off Iran’s coast, and given the warmongering from the White House, Iran’s right to defend its people must be strongly supported.

Today, as Washington’s far-right hostility escalates against Iran, progressive forces in the U.S. and worldwide need to unite in saying: “U.S. hands off Iran!”