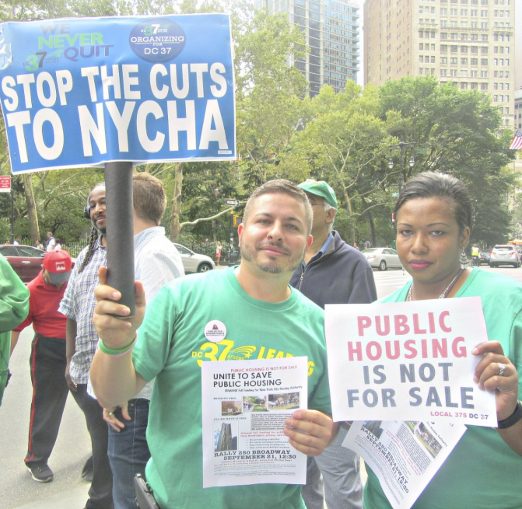 Speakers on the mike denounced the city’s neglect of housing projects, their dire underfunding, and the projected layoffs of city workers who do maintenance and keep up the building units. The Trump administration and congressional plans for drastic cuts to public housing were exposed.