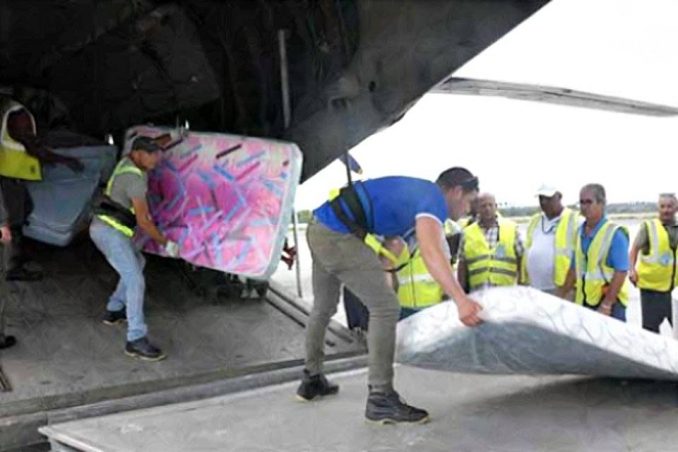 Revolutionary Cuba’s record of mobilizing to defend its population from natural disasters was put to the test when, starting on Sept. 8, Hurricane Irma ravaged more than 200 miles of its north coast for three days. Hitting with 185-mph winds, Irma devastated the provinces of Camaguey, Ciego de Avila, Sancti Spiritus, Villa Clara, Matanzas and Havana.

With Irma originally forecast to narrowly miss the island, the socialist government and its popular organizations placed more than 2 million people, including 14,000 tourists, into shelters in government buildings, schools and even mountain caves.

The Guardian newspaper reported on Sept. 13: “The week before the storm hit, the island’s pharmaceutical industry was instructed to put other medicines on hold so as to manufacture and distribute hydration salts.

“Tons of extra flour were distributed to state bakeries in the days before the hurricane struck. Authorities cut gas and electricity before the storm hit, but bakers in Havana’s Vedado district worked through the night, using a petrol generator and sometimes even firewood to keep production going.”

Ten people were killed by the worst storm to hit the island since 1932. In Ciego de Avila province, a storm surge of 16 to 23 feet was recorded. (cnn.com, Sept. 9) Thirty-six-foot-high waves crashed over Havana’s Malecón seawall and sent rivers of seawater through wide swaths of the city.

Because of the U.S.’s 57-year unjust blockade imposed on Cuba, the country has inadequate resources to build sufficiently sturdy homes, let alone reinforce existing buildings enough to withstand these terrible storms — storms made more powerful by imperialist-spawned global warming. It will take time and tremendous effort to rebuild.

Yet in a tremendous show of international solidarity, Cuba has already dispatched 750 doctors and other medical personnel to other hard-hit island nations in the Caribbean impacted by hurricanes Irma, Jose and Maria. To combat earlier disasters, Cuba sent hundreds of medical professionals to Haiti after the 2010 earthquake and to Liberia to help control the 2014 Ebola outbreak.

Cuba’s offer to send medical assistance to New Orleans in the aftermath of Hurricane Katrina in 2005 was rejected by Washington.

Hours before Hurricane Irma struck Cuba, Trump renewed part of the U.S. blockade against it for another year. U.S. imperialism has refused to offer any kind of assistance to Cuba. And several days after the hurricane, on Sept. 19, Trump slandered the Cuban government in the U.N. General Assembly, calling it “corrupt” and “destabilizing.” He said that the U.S. will not lift its sanctions until Cuba undergoes “fundamental reforms,” which means, of course, regime change and the restoration of capitalism.

Although the Cuban government has created a special bank account to accept donations for hurricane relief, the blockade makes it difficult or impossible for people to donate, even from outside the U.S. The U.S. government has fined European banks for conducting financial transactions with Cuba, which has hampered previous donation efforts.

“During a speech to the United Nations General Assembly on Friday [Sept. 22], Cuban Foreign Minister Bruno Rodríguez said he wanted to express ‘profound gratitude for those who have offered to assist Cuba’ and offered to help hurricane victims in neighboring Caribbean islands to ‘the extent of our modest possibilities.’

“‘I want to convey the testimony of the people of Cuba, who are currently carrying out a colossal effort to recover from the severe damages caused by hurricane Irma to housing, agriculture, the power system and other services,’ Rodríguez said.” (miamiherald.com, Sept. 22)

It will be a critical task for activists in the U.S. to provide the best aid to Cuba in the face of the Trump regime’s hostile attacks against its people. Now is the time to use every effort to end the U.S. blockade once and for all.