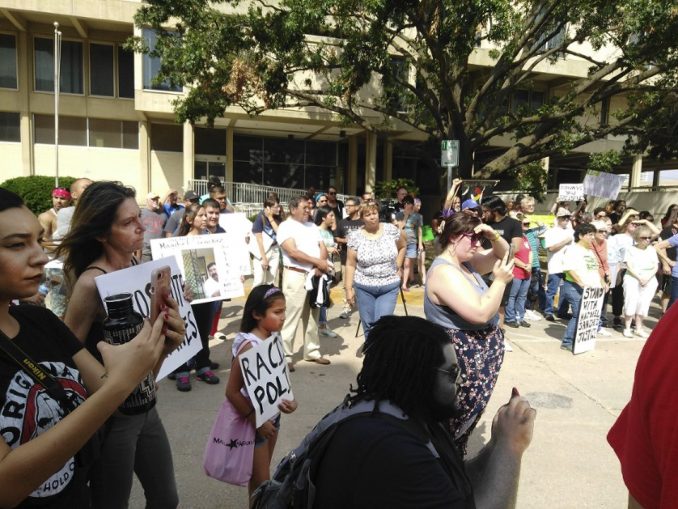 Hundreds came out in protest in Oklahoma City on Sept. 24, outraged at the cop killing of their Latinx neighbor, Magdiel Sanchez, a deaf man who could not hear police orders.

Cops showed up at Sanchez’s house on Sept. 20 pursuing a separate investigation. When Sanchez got up from his porch to see what they wanted, he had an implement in his hand, a pipe wrapped in some material. The cops immediately drew their weapons and shouted orders to “drop the weapon and get on the ground.”

Nearby neighbors yelled repeatedly that Sanchez was deaf and could not hear. But the cops still fired to kill, with Sanchez more than 15 feet away.

During the week of Sept. 16-23, at least four people with physical or mental disabilities were known to be killed by U.S. police. (thenation.com, Sept. 22) A 2016 Ruderman Foundation study found that from one-third to one-half of the people killed by police from 2013 to 2015 had disabilities. The study commented, “Disability is the missing word in the media coverage of police violence.” (rudermanfoundation.org/)