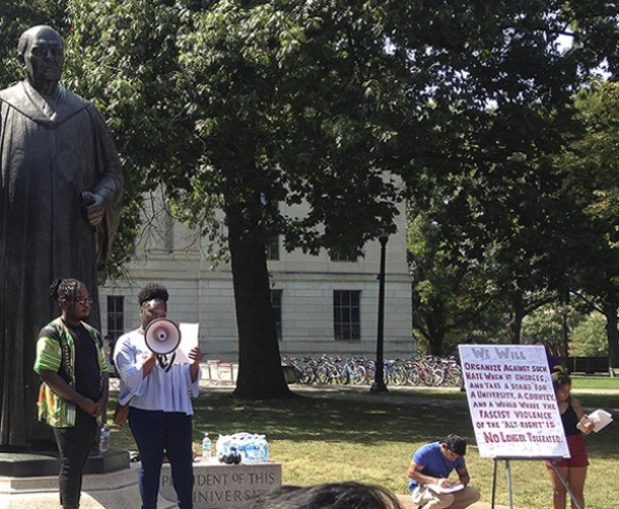 A rally was held on the campus of Ohio State University in Columbus on Aug. 27 to show solidarity in the face of fascism and white supremacy. Columbus United Against Hate called the action.

Over one hundred socialists, communists and other central Ohio activists, including members of ­Anti-Racist Action, CAIR (Council on ­American-Islamic Relations), Democratic Socialists of America, the Green Party, the International Socialist Organization, Planned Parenthood, Socialist Alternative, SURJ (Showing Up for Racial Justice) and Workers World Party, gathered in front of the Thompson Library. Representatives of several socialist, environmental and anti-racist organizations, as well as unaffiliated communists, spoke, urging the community to unite against the rising tide of fascism and white supremacy. Following the speeches, activists marched to the Ohio Union, where a Black Lives Matter banner was unfurled.