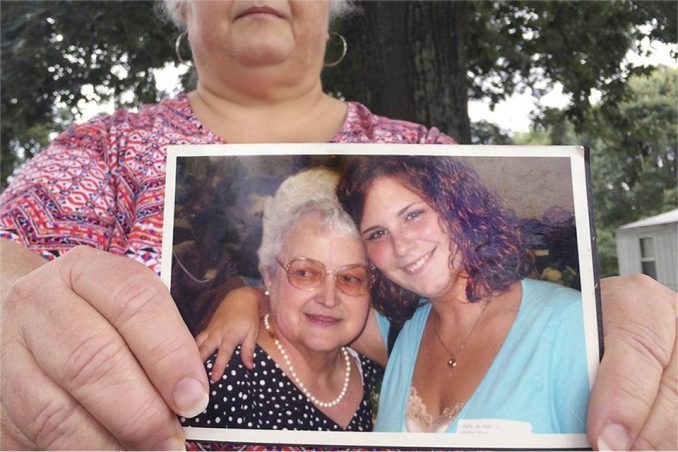 Susan Bro, the mother of Heather Heyer, brought a crowd of 1,200 people to their feet several times at her daughter’s memorial in Charlottesville, Va., on Aug.16 as she honored her slain daughter’s commitment to the fight for social justice. She stressed that her death should be seen as a call to action.

Heyer, a 32-year-old legal worker, was killed by a racist who was seen deliberately driving his car into a multinational crowd demonstrating against a Nazi/Ku Klux Klan rally in Charlottesville on Aug. 12.

“They tried to kill my child to shut her up … but they only magnified her,” said Bro. She quoted her daughter’s favorite line: “If you’re not outraged, you’re not paying attention.” Bro encouraged the crowd to “carry Heather’s spark of conviction” and confront injustice — and carry on her legacy by “channeling anger into righteous action. That’s how you’re going to make my child’s death worthwhile. … If I have to give her up, we’re going to make it count.” Bro emphasized that she is going to be the voice her daughter can no longer be. (NPR, Aug. 18)

A paralegal, Heather Heyer also had a job as part of a café’s wait staff. She came from a working-class family and had a high school education. Virginia Tech University employs her mother as an administrative assistant.

Bro refused to speak to President Donald Trump because the “bigot-in-chief” equated anti-racist protesters like her daughter with the Nazis and KKK at an Aug. 14 press conference. Because of her principled stance, she has been the target of numerous death threats.

The 20-year-old racist James A. Fields rammed his car into the counterprotesters, killing Heyer and seriously injuring at least 19 other people. Among those severely hurt was African American Marcus Martin, who pushed his fiancée, Marissa Blair, away from the car. Martin was hit hard and sent flying into the air, resulting in several fractures in his left leg. Martin and Blair, friends of Heyer’s, were walking with her as the car crashed.

Martin emphasized that “racism is real, hate still lives,” as he called for those responsible for the racist rally to be held accountable for Heyer’s death and all of the injuries. (Newsplex, Aug. 13)

Eyewitnesses at the anti-fascist protest reported that white supremacists pursued African Americans. One of their targets was 20-year-old Deandre Harris, who had to fight for his life when several neo-Nazis brutally beat him with metal flag poles in a parking lot, while yelling racist slurs. Since then, Harris, who has multiple injuries, has received hateful messages and death threats on his phone and social media.

“No law enforcement stepped in to help me,” said Harris, a statement echoed by many anti-racists in Charlottesville. Moreover, despite explicit videos of the horrific attack on Harris, police have not arrested anyone as of a week after it occurred. (Daily News, Aug. 18)

Heather Heyer’s is the most recent murder by white supremacists in the long, hard-fought struggle against racial injustice and oppression. Often backed by the state, these bigots resort to intimidation, terror and the worst violence. Today they have been emboldened by Trump’s overt racism and encouragement.

It is important to also remember the 4,000 African Americans lynched from 1877 to 1950, Black Liberation Movement members killed by police, and today’s annual slayings of hundreds of African Americans, including children and youth, by racist vigilantes and police.