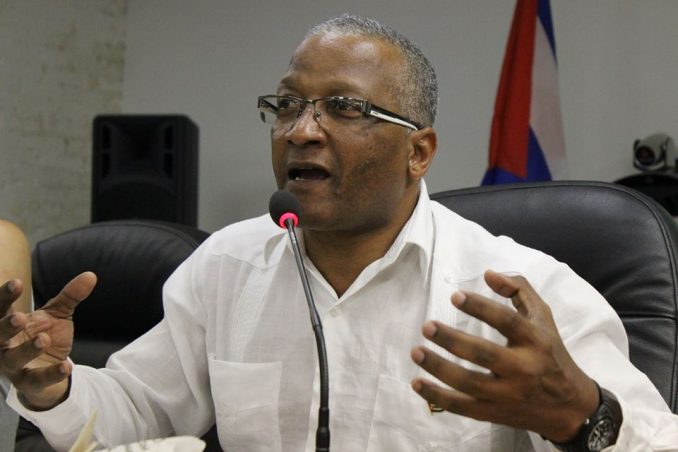 In the West Coast segment of his tour, Lemagne Sánchez met with leaders of the San Francisco Labor Council, the San Jose/South Bay Central Labor Council and the University of California/Berkeley Labor Center. He became the first Cuban elected official to be invited and received onto the floor of the California Senate and Assembly in Sacramento.

In Sacramento, Lemagne Sánchez spoke at a reception sponsored by UNITE HERE, which organizes U.S. hotel, restaurant and casino workers. The union hosted other receptions for the Cuban labor leader throughout northern California, and later in Los Angeles and San Diego.

A June 29 public event in Berkeley featured Lemagne Sánchez and Clarence Thomas, retired International Longshore and Warehouse Union militant and former Local 10 secretary-treasurer. The event was sponsored by the International Committee for Peace, Justice and Dignity, and supported by many Cuba solidarity organizations.

That meeting, held at the hall of the University Professional and Technical Employees, Communication Workers Local 9119, highlighted the support for Cuban workers by the ILWU International and Local 10 over the last 70 years.

Other events took place July 6 in Los Angeles at the University of California at Los Angeles Labor Center; July 7 in Chicago at Workers United with Service Employees Union Local 1 and the Latino Caucus; July 8 in New York at the New York State Nurses Association hall with 1199 SEIU; and July 10 in Baltimore at the Amalgamated Transit Union hall. 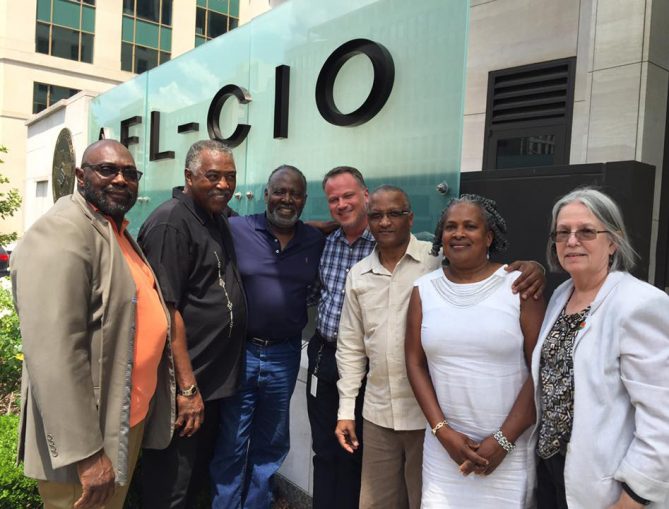 On July 10, in Washington, D.C.,Lemagne Sánchez met with the executive vice president of the AFL-CIO, Tefere Gebre, and Cathy Feingold from the International Department of the AFL-CIO. Afterwards, Lemagne Sánchez lunched with representatives of AFL-CIO constituent organizations, including its LGBTQ unit, PRIDE at Work; the A. Philip Randolph Institute; the Coalition of Labor Union Women; and the Coalition of Black Trade Unionists.

Between union and community events in Baltimore,Lemagne Sánchez was welcomed on July 11 at the Cuban Embassy in Washington, D.C., where he met with the Cuban ambassador to the U.S., José Ramón Cabañas Rodríguez.

The voice of the labor movement’s resolutions, like the one passed in San Francisco, can be an important tool pushing city councils and state legislatures to take a position opposing the blockade of Cuba. A 2016 California Labor Federation resolution called on affiliates to withhold endorsement of candidates who don’t oppose the blockade. Already three state capital cities have passed resolutions: Hartford, Conn.; Sacramento, Calif.; and Helena, Mont.

The impact of Lemagne Sánchez’s visit has been felt in a recent act of U.S. labor solidarity. On July 10, the San Francisco Labor Council unanimously passed a resolution noting that it has “gone on record calling for an end to the U.S. blockade, travel ban and trade embargo against Cuba since July 26, 1993, and along with other labor unions, supported the many successful challenges to the blockade by grassroots organizations including the Pastors for Peace Friendshipment caravans to Cuba.”

The SFLC resolved that it “reaffirm its support for ending the trade embargo, travel restrictions and all aspects of the U.S. blockade against Cuba, and oppose efforts by the Trump administration to tighten the blockade.” The SFLC sent this resolution to its affiliates, area labor councils, the California Labor Federation, Change to Win and the AFL-CIO, urging concurrence. It is formally submitting this resolution to the 2017 AFL-CIO convention and the 2018 convention of the California Labor Federation.