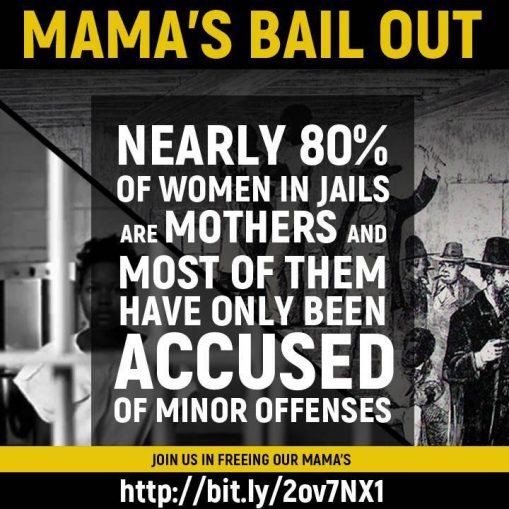 A joyous celebration took place in Atlanta’s Howell Park on May 14, as hundreds of people enjoyed a bountiful array of food, music, children’s activities and the company of the 17 women bailed out of jail in time for Mother’s Day, along with the organizations that made it possible.

“Black Mamas Bail-Out Day” was launched by Southerners on New Ground (SONG), a LGBTQ organization headquartered in Atlanta, to expose the use of bail as an inherently anti-poor and racist measure that keeps thousands of working people in jail before they are convicted of any offense.

SONG’s research found that on any given day, some 700,000 people are held in jails in the U.S. solely because they lack the funds to make their bail. They can lose their jobs, housing and children while awaiting their day in court.

Most often these people are arrested for minor offenses such as disorderly conduct, using fighting words, or even jaywalking, loitering or trespass. Police discretion in many of these arrests targets people of color and poor and working-class neighborhoods. People are arrested at traffic checkpoints for unpaid parking tickets, lapsed insurance or the lack of a driver’s license. The inability to pay a traffic fine can land a person behind bars.

Some 80 percent of incarcerated women are mothers or caregivers. Their absence from their families injures their children and communities in immeasurable ways.

This creative, political campaign was seized upon by dozens of organizations around the country, stripping Mother’s Day of its commercial veneer and truly recognizing the value of women to the well-being and liberation of their families and people.

Black Mamas Bail-Out Day took place in at least 18 cities, from Birmingham, Ala., to Baltimore and from New York City to Oakland, Calif. Tens of thousands of dollars were raised to pay the ransom money known as “bail” for women. Services were offered to help with job placement, housing needs, health and wellness concerns, legal counsel and more.

In Atlanta, women were bailed out of the Fulton County jail on May 11 and from the Atlanta City Detention Center on May 12. At each location, a welcoming group was stationed outside with flowers, Metropolitan Atlanta Rapid Transit Authority cards, gift bags and warm smiles.

The women emerged from the jails, not knowing who or how their release had been secured. Upon learning of this community effort to bring them home for Mother’s Day, tears of joy were shed, and hugs and smiles were plentiful.

At the May 14 celebration, some of these women’s stories were shared. One of the most compelling was that of a 71-year-old woman who, having no food at home, went to a nearby store. She was arrested for allegedly stealing a can of peanuts and had been in jail since April, unable to pay the bail money.

Young mothers with small babies in their arms stood before the crowd, speechless in their happiness to be with their children again.

Mary Hooks, co-director of SONG, was interviewed by media outlets as diverse as Democracy Now! and CNN. It was a sign of the political significance of the campaign in this time of harsher criminal measures coming from the Trump administration, and the growing consciousness of the corporate profiteering that underlies mass incarceration in the U.S.

A similar effort for Father’s Day is being discussed.