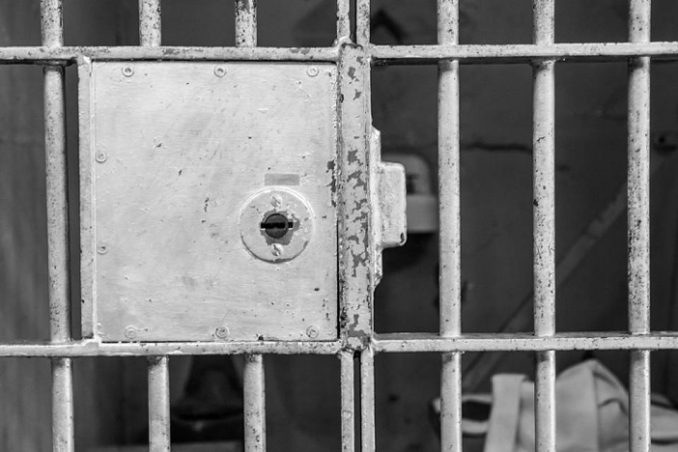 While millions of migrant and refugee families struggle under a climate of fear fueled by widespread deportations, private for-profit prison companies and the major banks that fund them are cashing in on immigrants’ suffering.

The Trump administration’s crackdown on immigrants has been a boon to the for-profit prison industry, which operates over half of the “beds” in Immigration and Customs Enforcement (ICE) detention facilities.

GEO made a hefty contribution to a super PAC for Trump during the election, while CoreCivic contributed millions to Trump’s inauguration.  Shortly after being confirmed as Trump’s attorney general, Jeff Sessions overturned an Obama administration initiative to phase out government use of corporate-run prisons.

Since 2003, GEO has spent over $3 million lobbying Congress plus a million more in contributions to local and state political campaigns.  CCA was also heavily involved in lobbying. These investments paid off in 2009 when a Democratic-controlled Congress passed, and Obama signed, legislation mandating that ICE maintain 34,000 detention beds at any given time.

This “detention bed quota” policy guarantees profits for the private prison industry. Since the federal government is required to pay for the bed space whether or not it is used, ICE came under increasing pressure to pursue a more aggressive deportation policy.

Both GEO and CoreCivic have been accused of widespread human rights violations.  Charges against GEO include the company’s forcing tens of thousands of immigrants at a Colorado detention facility to perform slave labor. Their Karnes Family Detention Center in Texas, which houses mothers and children, saw repeated hunger strikes over poor conditions.

In his article “My Four Months as a Private Prison Guard,” Shane Bauer, writing for Mother Jones, documented what conditions were like in a prison run by CCA. The company faced so many charges of abuse and violations of prisoners’ rights that it lost four contracts to run prisons in the month of June 2013 alone.

The rapid expansion of for-profit private prison detention centers was made possible through financial investments and loans from major banks.  Bank financing allows these companies to profit off mass incarceration.

CoreCivic’s single largest investor is the Vanguard Group Inc., with shares valued at nearly $600 million. Six banks finance most of the debt issued that makes it possible for CoreCivic and GEO Group to expand.  While Bank of America, JPMorgan Chase, BNP Paribas, SunTrust and U.S. Bancorp have all extended revolving credit to for-profit private prison companies, Wells Fargo has financed the three largest private prison companies, including Management and Training Corporation.

In 2011, a Tennessee divestment campaign pressured Wells Fargo to sell off shares with GEO Group.  However, at the same time it steadily increased financing for CCA through a $785 million line of credit. In 2016, the city of Portland, Ore., and the University of California’s Board of Regents considered divesting from Wells Fargo due to the bank’s financing of for-profit incarceration.

Wells Fargo prison investment not out of character

In 2008, Wells Fargo purchased Wachovia Bank in a $15.1 billion deal. A few years prior to this merger, under pressure from a campaign by Black communities in Chicago, Wachovia Bank issued a public apology for its historic ties to the slave trade in the Americas, including owning enslaved Africans and accepting them as payment.

In September 2016, Wells Fargo’s shares fell by $9 billion when it was revealed that bank employees were told to create $185 million in fake customer accounts to collect fees and meet sales quotas.  CEO John Stumpf responded by firing more than 5,300 employees.  In October 2016, Stumpf resigned amidst calls that criminal charges be filed against him.

An even more recent call for divestment from Wells Fargo resulted from its financing of the controversial $3.8 billion Dakota Access pipeline.

It is time for the global working class to unite against Wells Fargo and all the banks and Wall Street corporations that profit off our combined suffering.  All out for May Day 2017 in support of immigrant rights!