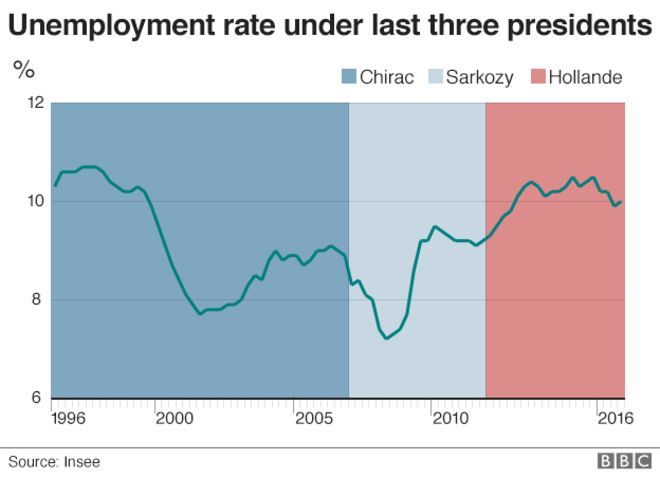 Like many other European countries and the United States, French society is tottering, reeling under a range of attacks. The government has imposed austerity and reduced many social services, including in education and health care programs. The poorest and most oppressed people have been hit with the worst cutbacks.

Last year, the working class and youth activated a sustained response to these attacks with several general strikes and occupations, called “Nuits debouts” (night protests). The new “labor law” was the target of the general strikes. The so-called Socialist government of President François Holland had accepted the French ruling class’s demands to reduce the power of the French workers. Using an undemocratic maneuver, they got the new labor law through parliament without a vote.

Once it became clear that the labor movement had been defeated in its struggle against the new labor law, the struggle of the French working class turned toward the elections.

The French president is chosen in two rounds of voting. The first round on April 23 presents a wide spectrum of candidates. The second round on May 7 — a contest between the two candidates who get the most votes in the first round — is a vote “for the lesser of two evils,” or a “vote utile.” There are no electoral college delegates, proportional lists or single-member districts with just one round of voting. The candidate who gets a majority of the votes in the second round wins the election.

Four candidates — Emmanuel Macron, François Fillon, Marine Le Pen and Jean-Luc Mélenchon — have a realistic chance of making it to the second round, according to recent polls. The “Socialist” Party candidate, Benoït Hamon, is far behind the four leading contenders and is fading fast.

Interpreting poll figures is tricky since a substantial number of French voters intend to abstain. Many others are unsure about who will get their vote, even the week before the election.

Emmanuel Macron set up his party En Marche! (Forward!) about 18 months ago while minister of the economy in the Holland government. He proclaims it is “neither left, nor right.” Macron was the main political force behind the new anti-worker labor law. The party represents the Eurocentric wing of the French bourgeoisie.

François Fillon is the candidate of Les Républicains (The Republicans), France’s main center-right party. Under many names, it and the so-called Socialist Party have alternated in running the French government since the late 1950s. Fillon started the campaign season as the favorite, but his popularity declined after he was officially charged with paying his spouse and children for no-show jobs. He was also charged with accepting gifts of suits worth $13,850.

Marine Le Pen has spent her life as a member of the Front National (National Front), which her father, Jean-Marie Le Pen, founded in 1972. He began his career as a French Army intelligence officer in the Algerian war for independence. As such, he was in charge of torturing Algerian freedom fighters.

In 2011, Marine Le Pen removed her father as president of the National Front and deleted some of its openly fascist and anti-Semitic rhetoric, but left intact its racist and fascist principles. This party appeals to the most reactionary elements of France’s rust belt, who have faced austerity attacks on their jobs and social services.

The National Front has dangerously attacked and scapegoated refugees for the country’s economic problems, whipping up Islamophobia and racism. Out of desperation, these migrants have traveled from the Middle East and Africa, including from former French colonies, fleeing wars, extreme poverty and unemployment. This far-right party has used attacks on the public as a pretext to call for stopping all immigration.

‘A reproach I find totally tolerable’

Jean-Luc Mélenchon is running as a candidate from France Insoumise (France Unsubjugated), an electoral coalition put together for the 2017 election. The French Communist Party endorsed his campaign. When the Fillon campaign charged him with being a “revolutionary communist,” he replied at an April 16 rally of 70,000 supporters in Toulouse, “It’s a reproach I find totally tolerable.” (New York Times, April 16)

Mélenchon started the campaign season far behind in the polls. However, his ability to draw large, diverse crowds to his rallies, based on his policies which are particularly directed to solving youth unemployment and which attack the French ruling class, have increasingly brought him much support from youth, among others.

Many analysts, including Adam Nossiter of the New York Times, have raised the possibility of a Mélenchon-Le Pen contest in the second round. This would be a nightmare for the French ruling class which is pushing for a candidate who represents their interests. Neither Le Pen nor Mélenchon would do that: Le Pen opposes a united Europe from the right, and Melenchon, is against government austerity cutbacks from the left.