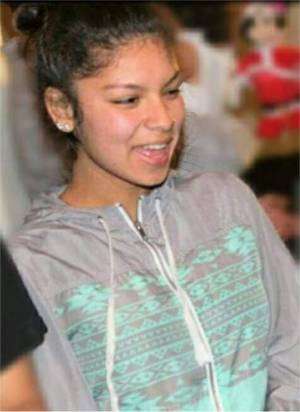 A number of family members and supporters from the Anti Police-Terror Project packed the chambers of the Hayward, Calif., City Council on April 11. They were there to demand truth and real accountability in the killing of Ebbie Mondragon.

Unidentified Fremont, Calif., police detectives, who were driving an unmarked car in Hayward, shot and killed 16-year-old Mondragon on March 14 as she rode as a passenger in a car with four other people in the middle of an apartment complex. The police have concocted a very suspicious story to justify killing an innocent girl.

One by one, family members and supporters spoke to the council. They demanded any video footage leading up to, during and after the shooting; a full autopsy report plus any and all medical records; and any and all information about what happened to the car the police were following. They asked: Did Fremont police have permission to be conducting surveillance and following a car in Hayward? Was the Hayward Police Department at all aware of this operation? Many of the family members were so overwhelmed by grief that it brought many of the audience to tears.

After family and supporters had spoken, the council president invited Hayward Police Chief Mark Koller to respond. Koller claimed that there was no video of the shooting and that the detective, who had a body camera, “was unable to turn it on.” This frequent excuse is offered by many police officers after they shoot someone.

Koller stated that the investigation as to any criminal wrongdoing on the part of the police was being led by Alameda County District Attorney Nancy O’Malley. O’Malley has yet to prosecute a single killer cop in Alameda County.

The Fremont Police Department’s use of force policy dictates that officers should not shoot into moving vehicles. (East Bay Express, April 12)