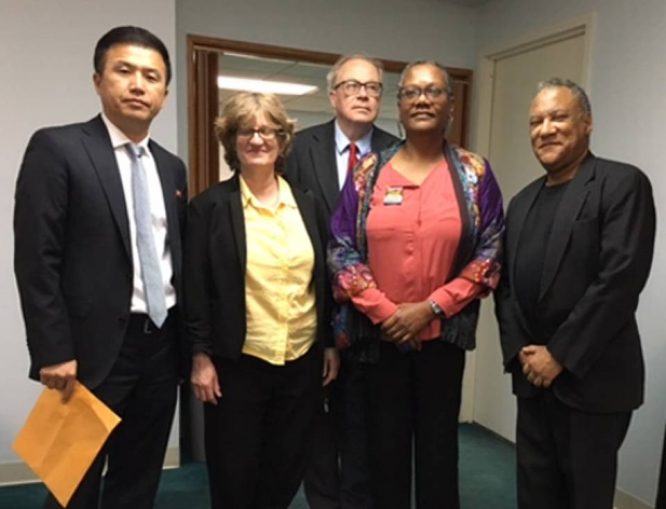 A Workers World Party delegation attended a reception on April 12 hosted by the U.N. Mission of the Democratic People’s Republic of Korea in New York City. The occasion was the 105th anniversary of the birth of the first president of the DPRK, the late Kim Il Sung. The delegation expressed to the DPRK representatives the party’s unwavering solidarity with their country and government and its right to self-defense, especially in light of U.S. imperialism’s growing threats against its sovereignty. U.N. delegations represented at the reception were from Vietnam, Cuba, Laos, Russia and other countries.