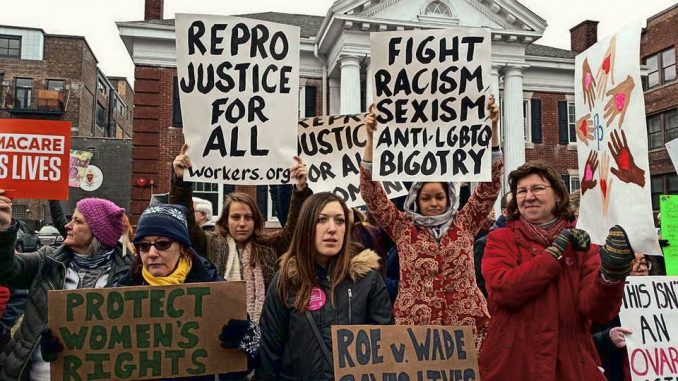 Several protests in support of Planned Parenthood and against intensified attacks on women took place in Metro Detroit on Feb. 11. At the Cass Corridor Planned Parenthood, close to 1,000 pro-choice, pro-women demonstrators lined both sides of the street of a long block.

Fewer than a dozen bigoted, anti-abortion protesters dared to show up at this women’s health clinic during nationwide rallies on Feb. 11 calling for the federal government to defund Planned Parenthood. Over 200 clinics were targeted in 45 states and the nation’s capital. The ­belligerent forces here were surrounded and drowned out by pro-women militants.

The pro-Planned Parenthood protesters were predominantly youthful, and for many it was their first protest. They experienced how the numbers and power of the people could defy police orders and take the streets.

At least two breakaway marches, including one in the middle of Cass Avenue, took place, with pro-PP militant youth leading the chants and learning leadership skills at the same time. Activists with Workers World Party and the Michigan People’s Defense Network participated.