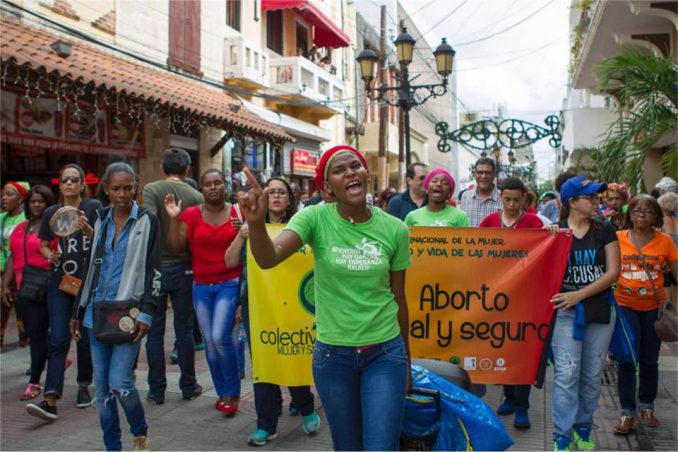 The first action President Trump took on his first work day in office was to sign a memorandum signaling a full-fledged attack on health care around the world. He made this assault, directed ostensibly at women’s health and rights, on Jan. 23, the day after the 44th anniversary of Roe v. Wade and two days after the 5-million-global Women’s March. Roe v. Wade was the Supreme Court decision that legalized abortion in the U.S.

Trump’s memorandum is called the “global gag rule,” though its official title is the Mexico City Policy. It was initiated by President Reagan in 1984 and renewed by all subsequent Republican administrations. The rule cuts funding for any family planning services around the world that provide abortions or any information about abortion, even if providers use their own funds and even if abortion is not the focus of their work.

Prior to 1984, the Helms Amendment of 1973 prohibited the use of foreign aid funding for abortion as a method of family planning, except in cases of incest, rape and the need to save the woman’s life. The 1984 gag rule was revoked under the Clinton and Obama administrations, with funding fully restored to global family planning groups.

Not only has the gag rule been shown to increase the rate of illegal abortions worldwide, but it has made illegal abortion one of the leading causes (13 percent) of pregnancy-related deaths. According to Guttmacher Institute statistics, about 42 million women with unintended pregnancies choose abortions, though nearly half of those are unsafe, leading to the deaths of 68,000 women.

According to a Center for Health and Gender Equity fact sheet, a 2010 study from Fordham Law School found “strict enforcement policy under the Bush administration hampered Ethiopia’s efforts to address high rates of unsafe abortion.” A 2011 Stanford University study found increases in abortion rates in all sub-Saharan African countries and says “reduced financial support for family planning may have led women to substitute abortion for contraception.” (Rewire, Jan. 23)

Ignoring such facts, Trump has destructively expanded the gag rule. Formerly it applied only to U.S. funding of global family planning groups, amounting to about $600 million a year. Trump has now included all U.S. funding for health care worldwide, about $9 billion a year. Such funding addresses global epidemics like malaria, Zika, Ebola, HIV and other health threats as well as cancer care. The gag order now means that a pregnant woman infected with Zika, and carrying the risk of a microencephalitic fetus, could not be counseled that abortion is an option if she were seen at a facility receiving U.S. funds.

A Jan. 25 New York Times editorial pointed out that, while health groups are studying the new gag language, “it would appear to apply to any international health funding” and “would seem to go well beyond family-planning aid from the Agency for International Development and the State Department, to also include money from all American governmental agencies and departments.”

“With this action, Donald Trump has turned his anti-women rhetoric into [global] policy,” said Ilyse Hogue, president of NARAL Pro-Choice America, in a statement. Nancy Northrup, CEO of the Center for Reproductive Rights, noted that “women will be the first casualty of [Trump’s] administration.” The new rule “will only lead to increases in unintended pregnancies, unsafe abortions, maternal and newborn deaths.”

Resistance to the rescue! The Dutch government announced plans Jan. 25 to establish an international fund to pay for contraception, abortion and health education for women, to help fill the gap created by the gag rule. The fund’s purpose, said Lilianne Plouman, Dutch minister of foreign trade and development cooperation, was “So that women can continue to make their own decisions about their own bodies.” (cnn.news.org) Canada announced on Jan. 27 that it will contribute to the global fund. (theguardian.com)

Such international cooperation suggests the U.S. is no longer king of the capitalist world. However, the corporate media photo that publicized signage of the gag rule shows the Trump administration hasn’t gotten the message.

The Misogynist in Chief, pen in hand, is surrounded by white, male lawmakers, with white supremacist Stephen K. Bannon, senior counselor to Trump, leaning in to smirk approval, as they attempt to shove a world of women back under racist, patriarchal domination.

The recent global Women’s March suggests such smirks may not last long.