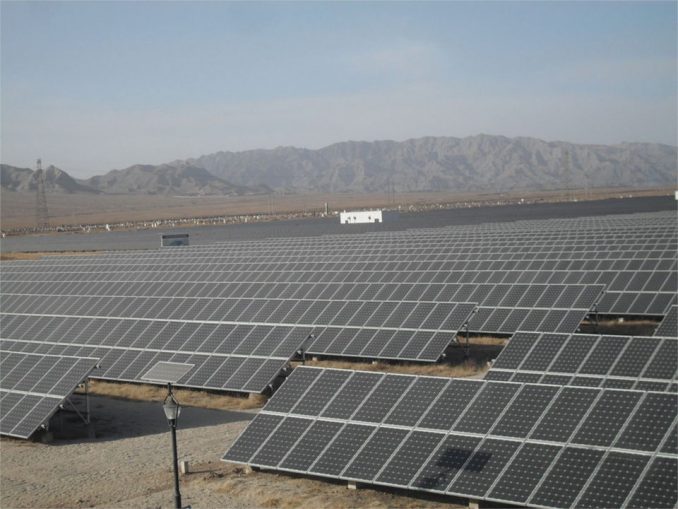 The contrast couldn’t be sharper. On one side of the world, a president takes office and makes his first priority to eradicate any government programs that would reduce his country’s huge responsibility for global warming.

On the opposite side of the world, a government announces it has canceled plans to build 100 new coal-fired power plants because they would have added to its carbon emissions.

It’s the U.S. versus the People’s Republic of China.

Three years ago China overtook the U.S. as the world’s largest emitter of greenhouse gases. But China has four times the population of the U.S.; per capita, it still remains a low-end polluter. Nevertheless, it’s making big changes to its economy to meet the goals of the Paris Accord on limiting CO2 emissions.

The U.S. is a developed capitalist country with great wealth, an enormous part of it concentrated in a tiny group of billionaires at the top. (Quite a few are in Trump’s new cabinet.)

Only two generations ago, China was one of the world’s poorest countries. But it has made a great leap forward and is now the world’s second-largest economy.

And it is much more enlightened. There are no “climate deniers” in China’s leading bodies.

However, China’s rapid industrial development has created a huge pollution problem, since coal has been its major source of power for both industry and home use. Not only does burning coal put CO2 in the atmosphere, but the gas and soot mixed with dust blown from China’s arid west creates dangerous smog in densely populated coastal cities.

But China is doing something about it. It has in recent years become the world’s leading manufacturer and installer of nonpolluting solar and wind technology. It is building a new generation of nuclear plants that produce no CO2 and whose reactors automatically, without any human intervention, shut down in case of an accident.

And, just a month ago, it announced it would spend $360 billion over the next three years on additional renewables. Now comes the news that it has also changed its long-term development plans and will build no new coal-fired power plants.

A planned economy makes the difference

The word to pay attention to here is “plans.” China plans its economic development. It had worked out plans that included new coal-fired power plants because coal is abundant in China and the new plants would be more efficient and less polluting than the older ones. But after considering the costs of CO2 pollution to the health of the people, it decided against any coal-using plants.

A lot of people may think that because China has allowed capitalist enterprises to function and make money in recent decades, it is a capitalist country, just like the U.S., Europe and others. But that’s not so. The Chinese leaders call it “socialism with Chinese characteristics” — referring to all the problems that a very underdeveloped country faces in trying to build socialism.

The basic infrastructure of the Chinese economy is still state owned and has been ever since the culmination, in 1949, of two decades of revolutionary mass struggle. And the Communist Party — with 90 million members — is currently waging a campaign against the corruption of government officials by rich business owners. Yes, in China millionaires can go to jail.

China’s economic planners have the power to make decisions that cost a lot of money, but will benefit the people — and the world — over the long run. They’re not driven by profits and each quarter’s bottom line. In countries where the super-rich run and control everything, you get a well-financed campaign of lies by the polluting corporations to turn public opinion against science and the environmental movement. But not in China.

Part of the plan involves the workers, especially coal miners and steelworkers, whose jobs are shut down. They’re not left out to dry. Billions of dollars are being allocated to retrain them and provide an income until they get another job. And with modernizing the infrastructure and greater emphasis on building a service economy, there will be plenty of jobs.

Even the World Bank reports that 500 million Chinese people have worked their way out of poverty since 1981, accounting for three-fourths of the world’s global poverty reduction.

It’s a damn good thing for the Chinese working class — and all of us — that capitalist rule has not been restored in China.