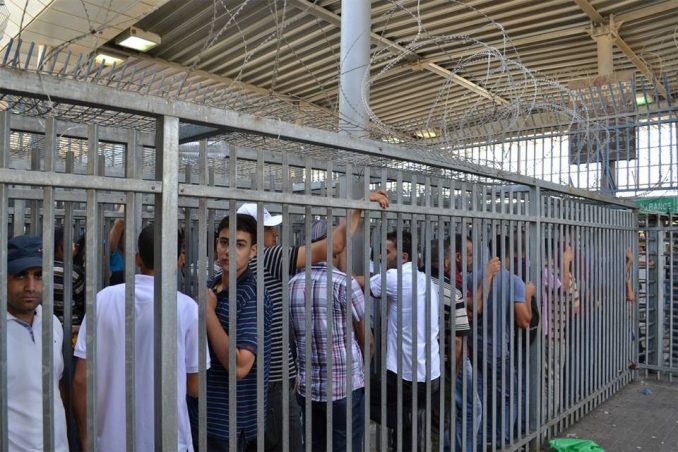 Between Nov. 25 and Dec. 3, Palestinian and solidarity activists organized over 150 demonstrations, spanning more than 100 cities, 30 countries and six continents, against Hewlett Packard Co., based in Palo Alto, Calif.

The week of action, coordinated by the International Boycott HP Network and the Palestinian Boycott, Divestment and Sanctions National Committee, was the largest mobilization of the BDS movement since its founding in 2005.

Both also hold extensive contracts with the Israeli government, providing services to its checkpoints, military, population registry, prisons and settlements.

HP companies run the Israeli Navy’s information technology infrastructure used to maintain Israel’s blockade of the Gaza Strip and to manage the population and checkpoint systems that segregate Palestinians and control their movement.

They have also supplied all personal computers purchased by the Israeli military since 2009 — in the immediate aftermath of killing over 1,400 Palestinians in the Gaza Strip — and provide central servers, printers and other systems to Israeli prisons.

Samidoun: Palestinian Prisoner Solidarity Network organized one of the first actions in New York City, drawing dozens to a protest outside the Best Buy store in Union Square on Nov. 25. Known as “Black Friday,” it is traditionally the busiest shopping day of the year.

On Nov. 26, a United Kingdom-wide day of action, activists held 30 demonstrations across England, northern Ireland, Scotland and Wales, ahead of a central protest held three days later at HP Enterprise’s “Discover 2016” trade fair at its opening in London.

Other events unfolded throughout North America, Europe and the Middle East, as well as in Argentina, Brazil, Colombia, Costa Rica, Peru, Kenya, India and Australia.

The actions included the erection of a mock “apartheid wall” in Osaka, Japan; demonstrations at public university libraries in Kuala Lumpur, Malaysia; a rally and the distribution of campaign materials in Khartoum, Sudan; and the stickering of HP products and launch of a campus boycott campaign by students under occupation in Jerusalem, Palestine.

The effort received a significant boost on its eighth day as British-Danish security conglomerate G4S, another major target of the BDS movement, announced on Dec. 2 that it had finalized a deal to sell its Israeli unit and end most operations in the country.

Elsewhere, a conference on “Ethics and Social Responsibility in Information Technology” in Milan, Italy, ousted HP from its program. And in Derry, northern Ireland, five district councillors announced they were returning HP products issued by the council.

The HP boycott also saw immediate gains, as the Peace United Church of Christ in Santa Cruz, Calif., voted Dec. 6 to become the “first HP-free church” in the United States.

As the campaign continues, its organizers ask supporters to sign a pledge at bit.ly/boycotthp to boycott HP products until the companies end their support for Israel.

Samidoun in New York City will hold its next protest of HP at the Best Buy in Union Square, East 14th Street and 4th Avenue, starting at 4 p.m. on Friday, Dec. 16.

For more information and announcements, visit Samidoun’s website at samidoun.net and subscribe to its newsletter at eepurl.com/XFJr9.