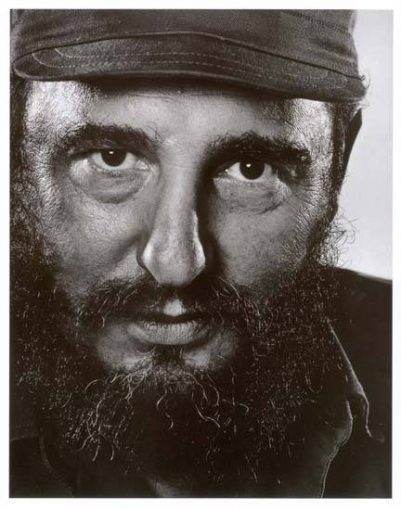 From the People’s Republic of China

Fidel Castro, founder of the Communist Party of Cuba and Cuba’s socialist cause, is a great leader of the Cuban people. He has devoted all his life to the Cuban people’s great cause of struggling for national liberation, safeguarding state sovereignty and building socialism.

He has made immortal historic contributions to the Cuban people and to the world [movement for socialism]. Comrade Fidel Castro is a great figure of our times and will be remembered by history and people.

I met with Comrade Fidel Castro many times and held in-depth conversations with him. His real knowledge and deep insight inspired me as his voice and expression live in my memory. Both I and the Chinese people miss him deeply.

Comrade Fidel Castro, who dedicated his life to the friendship between China and Cuba, paid close attention to and spoke highly of China’s development.

As a result of his care and support, Cuba became the first Latin American country to establish diplomatic ties with China in 1960. Since then, the two countries have witnessed profound development of bilateral ties, fruitful results of cooperation in a wide range of areas and deepening friendship between the two peoples, thanks to Comrade Fidel Castro’s solicitude and painstaking efforts.

I believe that under the strong leadership of Comrade Raul Castro, the Communist Party of Cuba, the Cuban government and its people will carry on the unfinished lifework of Comrade Fidel Castro, turn sorrow into strength and keep making new achievements in the cause of socialist construction.

The friendship between the two parties, the two countries and the two peoples will definitely be consolidated and further developed.

The great Comrade Fidel Castro will be forever remembered.

From the Democratic People’s Republic of Korea

Kim Jong Un, chair of the Workers’ Party of Korea, sent a message of condolence to Raul Castro Ruz, first secretary of the Central Committee of the Communist Party of Cuba, on Nov. 27:

Upon hearing the sad news that Comrade Fidel Castro Ruz, the supreme leader of the Cuban revolution, passed away unexpectedly, I express deep condolences to you and, through you, to the Cuban party, government and people and the bereaved family members of the deceased.

Comrade Fidel Castro Ruz waged a bloody struggle in his early years with arms in his hands, winning the victory of the Cuban revolution.

Comrade Fidel Castro Ruz was the outstanding leader of the Cuban people and a prominent political activist who made distinguished contributions to accomplishing the cause of independence against imperialism, the cause of socialism and justice, as he honorably defended the sovereignty and dignity of the country, established the socialist system where the people became the genuine masters for the first time in the Western Hemisphere and devoted all his life to the prosperity of the country and the happiness of the people.

He was the close friend and comrade of the Korean people who made all efforts to strengthen the friendly and cooperative relations between the two parties, governments and peoples of our two countries and extended firm support and encouragement to our efforts for national reunification and just cause with the invariable revolutionary principle and obligation for over half a century.

Though he passed away, the precious feats he performed will remain forever in the hearts of the peoples of our two countries and the hearts of progressive humankind.

I express conviction that the revolutionary Cuban people will overcome the pain they suffer from the loss of their distinguished leader and certainly build the prospering ideal society of the people and achieve the victory of the socialist cause under the wise leadership of you, Comrade Raul Castro Ruz, true to the lifetime intention of Comrade Fidel Castro Ruz.

From the Republic of South Africa

Zuma said Castro led the Cuban revolution and dedicated his entire life not only to Cuban freedom and sovereignty, but also the freedom of other oppressed people around the world.

The two countries formed a strong bond of friendship after South Africa’s own liberation in 1994.

“As a way of paying homage to the memory of President Castro, the strong bonds of solidarity, cooperation and friendship that exist between South Africa and Cuba must be maintained and nurtured,” said President Zuma.