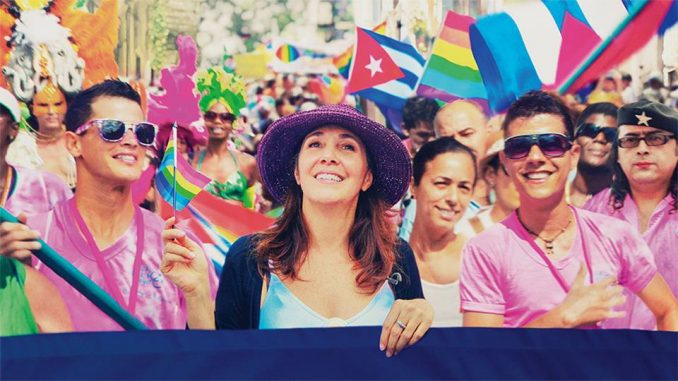 It likely had a wider audience coming after the death of our beloved comrade Fidel Castro. Already the right-wing propaganda that attacks Cuba on the issue of LGBT rights has begun. This is nothing new.

The documentary should be seen within a particular context, however.

The Cuban Revolution is one of the greatest revolutions of all times. Fidel is a leader like no other; he will go down in history as a beloved revolutionary.

Yes, mistakes were made in the early years of the revolution on the LGBTQ issue. Yes, there is still work to be done today. But backward ideas on this or any social issue come not from the Revolution but from the legacy of colonialism and Catholicism. Centuries of colonialism cannot be eradicated in less than 60 years of revolution, much less antiquated ideas on the LGBTQ issue.

When people from the United States travel to Cuba for the first time, it is easy to see the Revolution through a subjective lens.

You can be somebody who does not “get it” and is hypercritical. Or you can get completely caught up in adoring the Revolution. I am one of those.

But in all fairness to its leaders and the heavy responsibilities required to build a revolution, the Cuban Revolution must be seen through a more objective lens.

The first time I traveled to Cuba years ago, an 88-year-old woman beckoned to me from her wheelchair to come talk with her. Her family was wealthy and had fled to Miami after the Revolution.  My grandmother had just died and listening to this woman’s support for the Revolution brought me to tears.

During that visit, I was utterly filled with euphoria. All I could think about was how when my grandmother went to the hospital, she worried if her insurance covered everything. Because in Cuba not only is health care virtually free, but a doctor lives in almost every neighborhood.

As a person of color, a weight flies off your shoulders knowing there is absolutely no police terror in Cuba.

Many times over the years Cubans have warned us to shake off that euphoria. One Cuban leader said, “We are not the hell our enemies claim; nor are we the paradise our friends declare either.”

“Mariela Castro’s March,” directed by Emmy winner Jon Alpert, should be seen in that context.

The documentary focuses on the work of Mariela Castro, a member of Parliament and the director of CENESEX (National Center for Sex Education).

It is a frank and sobering account of conditions for LGBTQ people in Cuba today. It is a loving and genuine portrayal of the progress made in the Revolution for LGBTQ rights, as well as the challenges that still persist.

It has honest, in-depth interviews with elder gay men victimized by backward attitudes in the early days of the Revolution. These prejudices were rooted in the Spanish colonizers’ Roman Catholicism, the patriarchy of slavery and the sexual exploitation of LGBTQ people in prerevolutionary Cuba, a U.S. capitalist “playground.”

In 1965, when Cuba was preparing for the possibility of another U.S. invasion, gay men were not allowed to serve in the military. This was also true in the U.S. at that time.

When Units to Aid Military Production (UMAP) work brigades were mobilized to help Cuba out of an economic crisis, gay men, along with religious conscientious objectors, were assigned to those units instead of military service. (Leslie Feinberg, “Lavender and Red”)

UMAP brigades were not internment camps, but there was prejudice and some serious ill-treatment of gay men. Because of this, about a hundred young men from the Communist Youth were sent undercover to investigate. After their report, the brigades were closed down. (Ernesto Cardenal, “In Cuba”)

In 2010, Fidel humbly acknowledged in an interview with La Jornada that these early acts were “a great injustice” to gay people and a mistake. He had earlier affirmed in 1992, “I am absolutely opposed to any form of repression, contempt, scorn or discrimination with regard to homosexuals. It is a natural tendency, a human [tendency], that must simply be respected.” (Feinberg)

The documentary contains painful accounts of beatings and hateful attitudes toward LGBTQ people. One transgender woman tells of losing an eye after a homophobic Cuban threw acid in her face. A lesbian tells how her supervisor refused to promote her because of her sexual orientation. The film points out that the supervisor was a member of the Cuban Communist Party.

I have to admit that my love for Cuba has been so one-sided that I was shocked. I was also fearful that the film would be used to further demonize my beloved Revolution.

But have no fear. The work that Mariela Castro and CENESEX are doing is groundbreaking. It will strengthen the Revolution and be another pillar of socialism in this new period.

As director of CENESEX, Mariela took on a difficult issue. She did not abuse her position as the daughter of President Raul Castro or the niece of Fidel, but did the necessary hard work of educating and organizing, step by step.

Knowing the Cuban Revolution, I am confident that Mariela, who is straight, works closely, hand-in-hand, with LGBTQ Cubans in defining the current work.

I am also aware that the work took on greater importance because it was Mariela, a revolutionary socialist in her own right, whose contribution should be recognized and commended.

The Cuban government has prioritized doing the necessary work to change attitudes in society on the LGBTQ issue. They have done more than the capitalist government in the U.S. will ever do. The Cuban government defends and fights for all its people. There is no Wall Street there to dictate policy.

The government allowed the documentary to show the errors made, even by Communist Party members. This belies the myth that there is no free speech in Cuba.

Things are not perfect in Cuba; it’s not a paradise. But there are no trans murders in Cuba, which are rampant in the U.S.

While progress is being made in Cuba, the LGBTQ community in the U.S. is likely to face setbacks now that a gay-conversionist advocate will be vice president and a known sexual predator will be president.

Homosexuality was decriminalized in Cuba in 1979. In 2008, the Cuban government began offering free gender-reassignment surgery to transgender Cubans. Every May an annual “March against Homophobia” is held in Havana and LGBTQ activists visit rural areas to promote diversity.

In a short 57 years great progress has been made. But the first steps in the liberation of our Cuban LGBTQ sisters, brothers and family were made in 1959, with the triumph of the Revolution, and in 1961 when Fidel declared Cuba a socialist society. With that declaration, LGBTQ Cubans and all society could begin the long march toward full liberation. Thank you, Fidel. 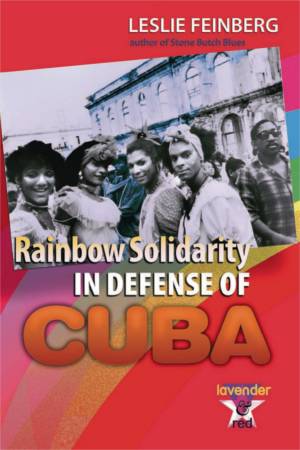 Please check out “Rainbow Solidarity with the Cuban Revolution” for a groundbreaking must-read on the LGBT issue and Cuba. In the meantime, “Mariela Castro’s March: Cuba’s LGBT Revolution” proves that the Revolution continues moving forward and will survive.

Viva Fidel! Love and solidarity to our LGBTQ Cuban comrades!