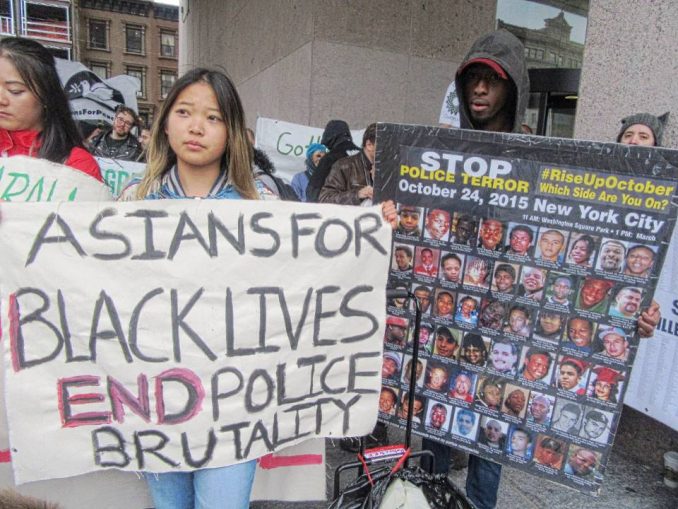 With loud demands of “No justice, no peace! Stop the racist police!” protesters stopped traffic in the heart of Harlem, N.Y., on Oct. 23. After a rally at the Adam Clayton Powell Jr. State Office Building, demonstrators occupied famous 125th Street for their 21st annual militant march. Led by mothers of color who lost their sons from police murders — leaders of the Stolen Lives Project — participants sang: “We’re marching for our families. We’re marching ‘cause we know, the people are the river and they can’t stop our flow!”

The Stolen Lives Project keeps a national list of people killed by law enforcement agents from 1990 to the present. Through grassroots efforts they have documented more than 2,000 murders that are evidence of a national epidemic of police brutality. Stolen Lives is a joint project by the Anthony Baez Foundation, the National Lawyers Guild and the October 22 Coalition to Stop Police Brutality, Repression and the Criminalization of a Generation.