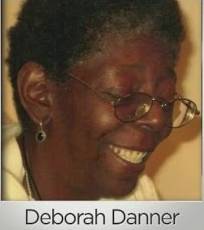 Barry was part of a team of six cops who confronted the elderly woman in her Bronx apartment. Claiming she was carrying a baseball bat, Barry fired two bullets that struck Danner.

With so many cops on the scene, concerned people are asking why Barry had to shoot. Even New York Mayor Bill de Blasio declared that Danner “should not have died.”

In his eight-year police career, Barry has been sued twice for brutality. New York City paid $25,000 to Gregory Peters, who said he was pepper-sprayed and beat up by Barry and another officer after leaving the B.B. King Blues Club in 2010. (New York Daily News, Oct. 19) But charges of brutality didn’t prevent Barry from being promoted.

Danner suffered from schizophrenia, a mental illness. Neighbors called 911 because they thought she was acting irrationally. Instead of getting help, Danner was killed.

Thirty-two years before Danner was slain, another 66-year-old Black woman was killed in her Bronx apartment by police. Eleanor Bumpurs was slaughtered on Oct. 29, 1984, when Emergency Services Officer Stephen Sullivan fired his 12-gauge shotgun twice at her.

Bumpurs was mentally ill and physically disabled. Sullivan and other cops came to evict her from a New York City Housing Authority apartment because she was four months late on her $98.65 rent.

That’s how much Black lives are worth under capitalism. In a trial without a jury, Judge Fred Eggert found Sullivan not guilty of manslaughter.

Almost five years before she was killed, Danner wrote a moving essay of what it’s like to live with schizophrenia. “Flashbacks, depression and stigma” was how she described her illness.

Referring to the Bumpurs’ killing, Danner wrote that “it was not an isolated incident.”

Danner was a skilled worker in the information technology field, dealing with management information systems. Her family felt that the stress of performing hi-tech jobs helped her disease to relapse. Danner was fired from one job after she told her boss about having schizophrenia.

She ended her essay with “I smile rarely, but I am surviving.” (New York Times, Oct. 19) Danner survived — until Sgt. Barry killed her.

Being labeled emotionally disturbed shouldn’t be a death sentence, but it’s often an excuse for cops to kill. An estimated 124 people with mentally illness were killed by police across the U.S. in just the first six months of 2015. (Washington Post, June 30, 2015)

Mohamed Bah was also executed by New York police. The 28-year-old immigrant from Guinea worked as a cab driver while attending Borough of Manhattan Community College.

His mother, Hawa Bah, called for an ambulance on Sept. 25, 2012, because her son was depressed and acting erratically. Instead of medical assistance, police came and fired 10 shots at Mohamed in his Manhattan apartment.

According to Bah family lawyer Debra Cohen, the firing started after a stun gun fired by an officer struck another cop, who yelled out, “I’ve been stabbed. Shoot him.” A knife was conveniently placed at the scene.

Cohen said that “a police officer straddled Mr. Bah while he was still alive and breathing on the ground, bent over and shot him in the head to finish the job.” (Huffington Post, Oct. 7, 2015)

Capitalism barely tolerates people with mental illness or any disablity. The billionaire class is willing to exploit them only if they can make a profit off their labor.

To all the Trumps — including the big capitalists supporting Hillary Clinton — millions of people with disabilities are just broken machinery, fit only for the scrap heap.

In socialist Cuba, people with mental illness and other disabilities are treated with love and respect. They can’t be fired from a job, like Danner was. Cubans remember how police under the U.S.-backed Fulgencio Batista dictatorship in the 1950s used torture.

Mothers whose sons were killed by U.S. police found this out when they visited Cuba this spring. The delegation included two mothers from the Bronx, Iris Baez and Juanita Young.

As singer Aretha Franklin would put it, socialist Cuba has what we need: respect.