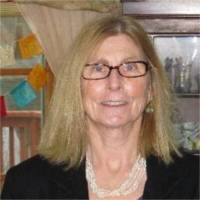 Anti-war activists and their supporters packed the Shaw Room of the Downtown United Presbyterian Church on Oct. 4 to hear a powerful refutation of the propaganda barrage being conducted by the U.S. and its allies against Syria.

Bello, the key speaker at the meeting, reported that Syria is a modern country, which provides many benefits to its citizens, regardless of their religion or ethnicity, including free education through college, free health care and food subsidies. However, she said, the country is being systematically destroyed by the U.S. and its allies, among them Saudi Arabia and other Gulf monarchies that directly support mercenary terrorists like the Islamic State group and Jabhat al-Nusra, the al-Qaida affiliate in Syria.

Bello’s report focused on illegal U.S. trade sanctions against Syria, which are very much like the embargo placed on Cuba. In both cases, they damage the people’s living conditions. Washington and its NATO allies impose these sanctions as part of their attempt to carry out regime change.

Excluded from the international banking system, Syria finds it impossible to trade. Its factories cannot obtain raw materials, and finding food and medical supplies is a challenge.

Still, despite the devastation caused by the war, the Syrian government continues to struggle to provide its citizens with free medical care and education as well as food subsidies.

An important focus for the Syrian government is a reconciliation agency which tries to rescue Syrians trapped in territory controlled by the terrorists, offering them amnesty, security and economic aid.

Bello contrasted the Syrian government’s efforts with those of groups like the so-called White Helmets, which are tools of U.S. policy. Contrary to their claims of being “independent” and “neutral,” the White Helmets cooperate with terrorist groups and have received over $200 million in support from the U.S., Britain, Netherlands and various overseas billionaires.

Bello’s talk was followed by a question-and-answer period which was both informative and positive. Basem Ashkar, a local Palestinian, thanked Bello for her trip and report, and reminded everyone that the U.S. and the Zionist state of Israel are directly responsible for the war in Syria.