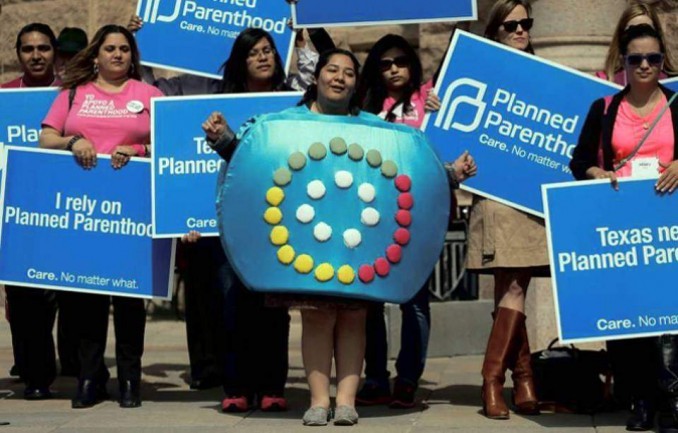 Deaths of women during pregnancy, childbirth and in the year after birth doubled in Texas from 2010 to 2013, going from 18.6 per 100,000 live births to 36.1. “The steep rise is difficult to explain in the absence of war, natural disaster or severe economic upheaval,“ a recent report in the journal Obstetrics & Gynecology concluded.

But attacks on women’s ability to control their reproductive lives, lack of health care, the elevation of so-called fetal rights over the rights of their mothers, and other forms of misogyny have been correctly termed a war on women. More than 609 Texas mothers were casualties during the study years.

Assaults on Texas women include deep cuts in family planning and abortion services, with 80 clinics closed since 2011 and “the sustained destruction of the women’s health care safety net,” which includes the removal of Planned Parenthood “from Medicaid programs that offered exams and basic preventative care,” according to the Austin Chronicle of Sept. 9. There are 254 counties in Texas, of which 147, with a total population of almost 2 million, have not one obstetrician.

The Chronicle article quotes researchers at the Texas Policy Evaluation Project who “argue that as more women experience unplanned pregnancies due to strained contraception access and fewer options for abortion care, their risk for pregnancy-related complications has also risen.”

As in many measures of health inequality, Black women suffer the highest maternal mortality rates. In 2011 and 2012, Black mothers accounted for 11.4 percent of Texas births but 28.8 percent of pregnancy-related deaths. Rates of severe, but not deadly, complications were also highest among Black women.

About 10 percent of 4 million annual U.S. births occur in Texas. The U.S. maternal mortality rate was 23.8 deaths per 100,000 births in 2014, higher than in any other industrialized nation. The U.S. is the only developed country to experience increasing maternal death rates during the 21st century.

Historically, maternal deaths have been due to hemorrhage, pregnancy-related hypertensive disorders known as pre-eclampsia and eclampsia, and infection. These occur during pregnancy, in childbirth or soon afterwards.

The Texas study found the major causes of maternal deaths have shifted to cardiac events, drug overdoses and hypertension — either chronic or pregnancy-related. Nearly 60 percent of maternal deaths occurred six weeks or more after delivery, revealing that women remain at risk for the first year after pregnancy has ended.

Although Texas has refused to expand Medicaid coverage, Medicaid still pays for more than half of all pregnancies in the state. This coverage ends 60 days after ­delivery.

The level of maternal deaths from overdoses is consistent with other recent findings, according to a Washington Post article, “Why death rates for white women are soaring.” (March 5, 2015) A study from the Urban Institute showed that white women, ages 15 to 54, were the only group to see death rates climb substantially between 1999 and 2011. The authors attributed half the rise to drug overdoses with “the highest concentration of rising female death rates clustered in historically impoverished regions of the Southwest.”

Some 130 Texas drug treatment facilities accept Medicaid, but the number that enroll pregnant women is probably few. Women may be reluctant to disclose drug problems for fear of losing custody of their children or being jailed for “child endangerment” under state laws that recognize “fetal personhood” starting with fertilization.

The Texas task force recommended increased access to comprehensive health services during the year after delivery and throughout the period between pregnancies to promote safe birth spacing and “ensure that health issues are appropriately diagnosed, managed and treated, thereby reducing the risk for maternal mortality” as well as severe complications for both mothers and babies. Screening for mental health and drug or alcohol problems was another recommendation.

The task force also called for promoting “equity in the access to and quality of services provided to all patients,” referring obliquely to racism in the delivery of health care and the worse outcomes for Black people in virtually every measure of health.

It will take a powerful struggle to ensure that Texas women have lifelong access to effective and respectful health care.

The author is a retired women’s health care provider.