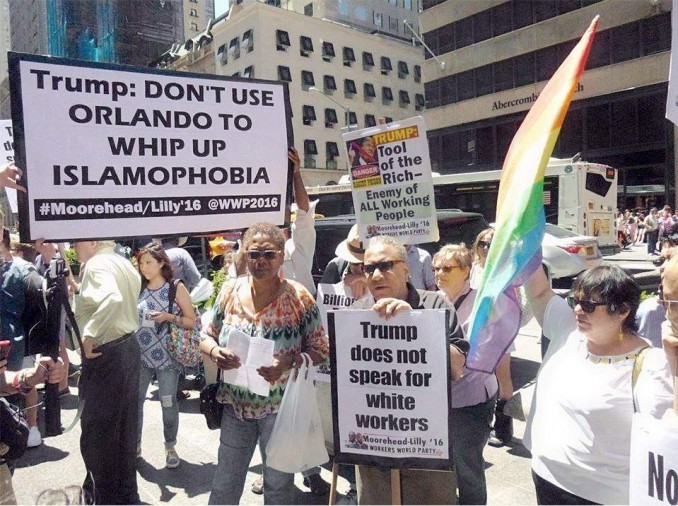 In front of Trump Tower in New York City on June 14, two days after the Orlando mass shootings, the Workers World Party 2016 election campaign held a protest to tell racist Donald Trump: “Don’t use the Orlando massacre to whip up Islamophobia!” June 14 marked the 70th birthday of the billionaire Republican Party presidential nominee.

Members, friends and allies joined WWP presidential candidate Monica Moorehead on a picket line to confront pro-Trump supporters and expose Trump’s divide-and-conquer rhetoric as he tries to win over white workers to his white supremacist views.

Moorehead said in a press statement: “Trump, who does not care about the lesbian, gay, bisexual, transgender, queer and mostly Latino/a victims of the Orlando massacre, is already trying to use this terrible tragedy to whip up racism against Muslims. As the people’s movement embraces the LGBTQ community at this difficult time of mourning and healing, we will also strengthen our solidarity with our Arab, Asian, African, Latino/a and Muslim sisters and brothers. We will not allow either Trump or Hillary Clinton to use Orlando to generate bigotry and war fever. Nor will we allow the government to use Orlando as an excuse to intensify police surveillance and repression against Muslims.” 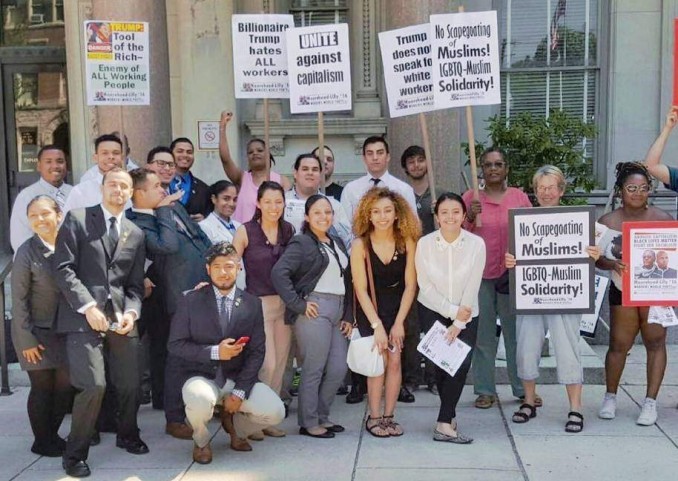 Moorehead is a revolutionary Black woman running for president who lives in New Jersey, so why shouldn’t she be on the Garden State ballot?

Socialists and other activists went to Trenton, N.J., on June 15 to file petitions putting Workers World Party candidates Monica Moorehead and her running mate Lamont Lilly on the ballot.

New Jersey is a rich state, but nearly a third of Trenton’s people live in poverty. The Moorehead-Lilly campaign is part of the fightback. 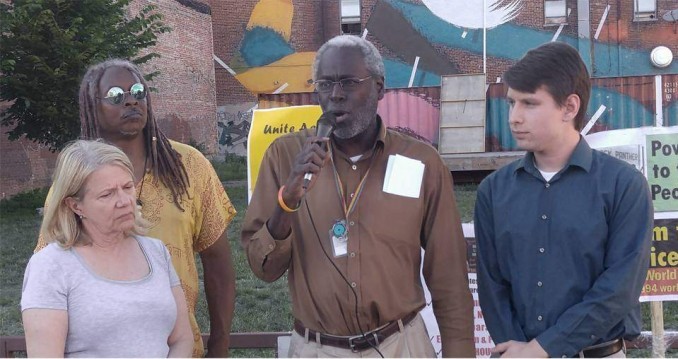 Speaking at a June 14 press conference in Baltimore, Andre Powell, an independent socialist candidate and a leader of Workers World Party, explained, “Today is Trump’s birthday, and we wanted to send him a special message that his hate and division will not be tolerated. Given the painful and tragic events in Orlando this week, it is all the more important to deliver this message.” Powell is an openly gay candidate in Baltimore’s race for mayor in November.

David Card, one of the co-chairs of the Maryland campaign for Moorehead and Lilly, pointed out that June 14 also marks an international day of solidarity with French workers. Card spoke about the importance of international workers’ solidarity.

The press conference took place at the site where, the night before, a vigil for the Pulse nightclub martyrs had drawn thousands.