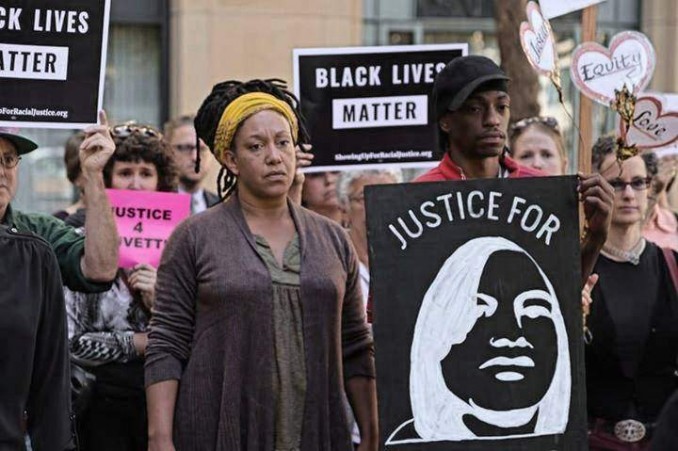 The following edited statement was released by the Anti Police-Terror Project on June 8.

This is a victory that the people should claim. Were it not for years of organizing and mounting public pressure for police accountability, Whent would still have his job. [Oakland Mayor] Libby [Schaaf] is a smart and tactical politician. It is no coincidence that she fired him just prior to the week of action that is being planned by the community. Libby didn’t want another San Francisco, so she got in front of the ball. Good for her. We are glad Whent is being held accountable for these vicious and brutal attacks on women’s bodies.

This does not, however, signal a sea change in the Schaaf administration. This is the woman who spent her entire first day in office with the police department. She believes with every fiber of her being that policing is the path toward the Oakland she is trying to build.

Last year, Oakland was third per capita in the country for officer-involved shootings. Under Whent’s watch, seven Black men (we include Richard Linyard) were murdered by [the Oakland Police Department]. Libby stood with the police every single time, even with Demouria Hogg’s execution — and his only crime was to be Black and asleep in his car in the gentrified Lake Merritt neighborhood.

Why was a string of murders of Black men by the OPD not enough to make Libby act? Because Libby doesn’t care about Black life (though she has no problem appropriating Black culture), which is reflective in every policy and practice she has implemented since she took office — from displacing Oakland residents of color to cutting youth jobs and implementing violent protest curfews on the bodies of Black women and children.

True community safety includes having affordable and quality housing, living wage jobs, quality education and the lives of Black people actually mattering to the governing body of this city. That is the Oakland we have been — and will continue to be — fighting for.

We cannot — and will not — allow Whent’s termination to confuse our analysis. The problem with police in this country — and especially in Oakland — is not a couple of bad apples. The whole orchard is rotten to the root. Our work will not be complete until there is a new paradigm for community safety that does not rely on militarized gestapos and American concentration camps.