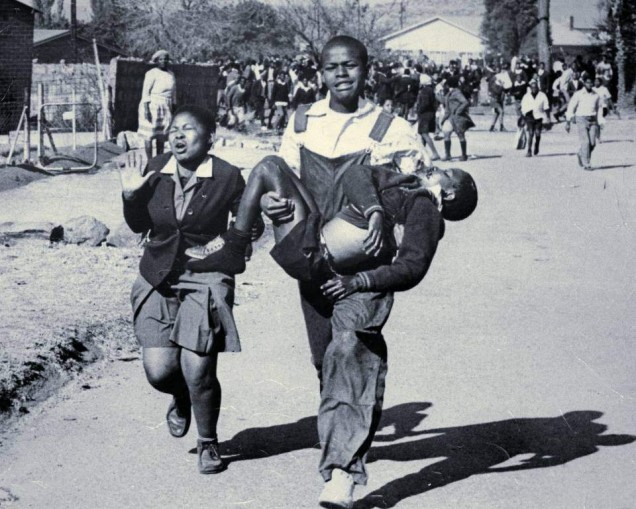 On June 16, 1976, students in the Southwest Townships (Soweto) outside of Johannesburg, South Africa, stayed home from school to protest the Bantu educational system enacted by the racist apartheid regime in the early 1950s.

The Bantu Education Act of 1953, drafted by H.F. Verwoerd, who became prime minister in the 1960s, was also protested by the African population. Those 1950s demonstrations were eventually crushed by the colonial settler regime’s security forces.

Nevertheless, the struggle that began that June played a major role in the overall battle that eliminated the apartheid system from South Africa.

Bantu education was designed for Africans. Its intent was to convey that the majority population should not pursue equality with whites. One unintentional consequence of that act was to increase enrollment of Africans in the school system, which then provided a base for expressing mass discontent with the system of racist oppression.

In 1976, the Nationalist Party government declared that educational instruction would be conducted in English and Afrikaner, the tongue of the country’s dominant oppressors. Students who had been radicalized planned to take action to oppose the language policy and the deplorable educational system.

The action committee of the Soweto Students Representative Council reportedly called the June 16 march and initially involved two high schools: Naledi High in Naledi and Morris Isaacson in Mofolo. Other accounts contend that the main focus of activity was Phefeni Junior Secondary, located near Vilakazi Street in Orlando. (sahistory.org.za)

Phefeni was near the railway station where many students got off the trains to join the demonstration. The plan was that students from Naledi High were to march from this direction and later mobilize students from the schools on the way toward Morris Isaacson.

Students from Morris Isaacson were to march from their school and connect with others until they arrived at a central location. There, they would continue collectively, in a disciplined manner, to Orlando Stadium. Other schools also participated in the demonstration, bringing thousands of youth into the streets.

Police encountered young people who were peacefully protesting. They first threw teargas into the crowd and later fired live bullets, initially striking at least four students. After the first massacre, people scattered, enraged by the outrageous killings of youth.

Soon enough the West Rand administrative buildings and vehicles were burned to the ground. Stores selling alcoholic beverages were looted and burned. Other clashes with the police took place where dozens of students were murdered near the Regina Mundi church in Orlando and the Esso garage in Chiawelo. When students were halted and dispersed by the police in one locality, they swiftly moved on to other areas.

By the end of the uprising’s first day, most of Soweto, including Diepkloof, were impacted by the unrest. The apartheid authorities closed all schools early, and many students headed toward home, while townships were ablaze.

As demonstrations spread to Cape Town and other regions of the country, hundreds of people were killed in the following days. The protests spread across the country, joined by more youth and workers.

The 1976 strikes and rebellions enabled the banned and exiled national liberation movements to recruit youth fleeing the country, as well as those who remained there. African National Congress leaders escalated efforts to provide political and military training to a new generation of youthful militants.

Both the ANC and its breakaway Pan-Africanist Congress of Azania experienced a boost in membership and affiliation. By 1980, the armed struggle escalated: Fuel production refineries were bombed by the ANC on June 1. The attacks on refineries coincided with the apartheid Republic Day.

A new generation of resistance took hold, leading to the mass upsurge of the 1980s involving the formation of unions, civic organizations, a cultural revival and more consistent armed struggle, which led to the racist system’s demise by 1994.

ANC offices and training camps in ­Angola, Mozambique, Zambia, ­Zimbabwe, Lesotho and Botswana were raided and bombed by the South African Defense Forces.

More than 1 million died in the struggle to free South Africa and Namibia, including during efforts to drive out the SADF from southern Angola in the 1970s and 1980s.

Socialist Cuba provided hundreds of thousands of volunteers in the fight to defeat the SADF in Angola. The South West Africa People’s Organization in Namibia also waged a heroic campaign from 1960 to 1989, which led to that country’s independence in 1990.

Lessons of the liberation movement

Today, 22 years since the ANC’s ascendancy to power in South Africa, the struggle is by no means over. Advances have been made in acquiring power, construction of homes, provision of water to township and rural residents, and the expansion of educational opportunities and medical care. However, South Africa’s national wealth has not been transferred to the African majority.

Legitimate grievances remain, which are reflected in the ongoing unrest among the African working class and urban residents. Yet the U.S. government — which reaped tremendous benefits from corporate investments in the apartheid system — is still seeking to undermine the ANC government.

The ANC is facing formidable ­challenges in local governmental elections in August. The rand, the national currency, has declined in value. That and rising unem­ploy­ment rates fueled by capital flight by mining firms and financial institutions have worsened the country’s economic crisis.

What lessons can youth in the U.S. and other Western countries learn today from these struggles? Like the Civil Rights and Black Power movements, South Africa’s revolution was based on national and class oppression.

In the U.S., African Americans and Latinos/as face high rates of joblessness, poverty, police repression and mass incarceration. Linking the plight of the youth to that of the working class was fundamental to Southern Africa’s liberation movement as a whole.

The U.S. 2016 presidential campaign, focused entirely on the two major capitalist parties, the Republicans and the Democrats, is not seriously discussing issues related to oppressed peoples’ social conditions. This reality suggests the need for independent self-organization within a framework such as the ANC, along with its allies in the South African Communist Party and the Congress of South African Trade Unions.

Lessons from the Soweto uprising and the struggle that followed — which included the working class and peasantry — should be considered as a way forward to realize self-determination and social emancipation in the U.S. The capitalist relations of production in South Africa and the U.S. must be overturned to obtain genuine liberation and social justice.