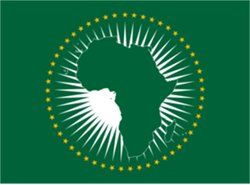 May 25 marks the 53rd anniversary of the formation of the Organization of African Unity, known as the African Union (AU) since 2002. Africa Day or African Liberation Day comes during a period of increasing Pentagon and CIA interference in a number of African states, noted here.

At a 1963 summit in Addis Ababa, Ethiopia, at least 32 African heads of state formed the OAU to foster the continent’s rapid decolonization and move toward greater cooperation among governments. The OAU encompassed diverse views on how Africa should move toward unity.

Dr. Kwame Nkrumah, then the Republic of Ghana’s president and founder of the ruling Convention People’s Party, called for the immediate formation of a continental government with integrated military, economic and social systems. Nkrumah believed that if Africa did not unite, imperialists would reverse the national liberation movements’ and political parties’ gains.

Conservative states represented in the “Monrovia and Brazzaville Groups” advocated a gradualist approach. Even some progressive forces did not embody the commitment to unification and socialism promoted by Nkrumah and Guinean leader President Ahmed Sékou Touré, who, along with Modibo Kieta of Mali, formed the Ghana-Guinea-Mali Union in 1960.

Nkrumah stressed at the founding OAU Summit, “On this continent, it has not taken us long to discover that the struggle against colonialism does not end with the attainment of national independence. Independence is only the prelude to a new and more involved struggle for the right to conduct our own economic and social affairs; to construct our society according to our aspirations, unhampered by crushing and humiliating neo-colonialist controls and interference.

“From the start we have been threatened with frustration where rapid change is imperative and with instability where sustained effort and ordered rule are indispensable. Nothing will be of avail, except the united act of a united Africa.”

Three years later, the CIA, U.S. State Department and other imperialist entities coordinated a coup which overthrew Nkrumah. His ideas are still relevant in light of growing imperialist military penetration of Africa.

In the Democratic Republic of Congo, Moise Katumbi, opposition presidential candidate and former governor of Katanga Province, has been accused of hiring U.S. mercenaries to provide campaign security to assist him in his bid to become the leader of the mineral-rich state. On May 9, DRC authorities questioned Katumbi, who denied the accusations. He could face a prison term and be tied up “in legal knots that could derail his campaign to succeed President Joseph Kabila” in November elections, wrote Reuters on May 9.

Senegal’s government in West Africa has signed a military agreement with the Pentagon giving Washington full access to the country. Dakar participated in the Flintlock military exercises Feb. 8-29, conducted annually by the Pentagon working with other African and European states. The U.S. Africa Command (AFRICOM) coordinates these military maneuvers and similar operations around the continent.

Relations between Senegal and neighboring Gambia have been strained for years. Escalating U.S. military cooperation and economic assistance to Senegal only fuels regional tensions.

In the Western Sahara, war threats are coming from Morocco, a close U.S. ally. Morocco occupies Western Sahara in contravention of AU and United Nations policy. Western Sahara has minerals, a source of potential wealth in northwest Africa.

Morocco took administrative control of Western Sahara, a former Spanish colony, in the 1970s. The Polasario Front, a resistance movement, grew out of the demand for full national independence.

After years of fighting, a ceasefire agreement between Morocco and Polasario prompted the 1991 establishment of a U.N. mission: MINURSO. The U.N. will vote again on whether to extend MINURSO’s mandate. This mandate provided for an internationally monitored referendum — which has not been held — in which Western Sahara’s people could choose independence from or integration with Morocco.

The AU officially recognizes the Sahara people, which caused Morocco to withdraw from the regional organization.

The imperialist-backed government in Somalia, where the CIA has a field station, is training children to spy on Al-Shabaab members in the counterinsurgency campaigns in the Horn of Africa. Training is carried out through the Somalia National Intelligence and Security Agency, which works closely with the CIA.

The children told the Washington Post that Somalia’s NISA used them “as ‘finger-pointers’. They [were] sent to dangerous neighborhoods where al-Shabaab insurgents were hiding and told to point out their former comrades.” The children “were used on other missions to collect intelligence and sometimes told to wear NISA uniforms.” They “were threatened if they refused to cooperate.” (Sputnik News, April 7)

The U.S. and European imperialist states fund and train the African Union Mission to Somalia (AMISOM), deploying 22,000 troops that work alongside the Somalia National Army.

Africa must unite against imperialism

Only an upsurge from leftist and anti-imperialist forces can fulfill the visions of a true united Africa in line with the work of Nkrumah, former Libyan leader Moammar Gadhafi and other revolutionary leaders. The worsening economic crisis due to commodity price declines and Western-sponsored destabilization is reversing 10 years of advances in growth and development.

African Liberation Day is a vehicle for propagating the genuine liberation and unification of the continent under a socialist system. Demonstrations commemorating this day have been held annually in cities across North America.