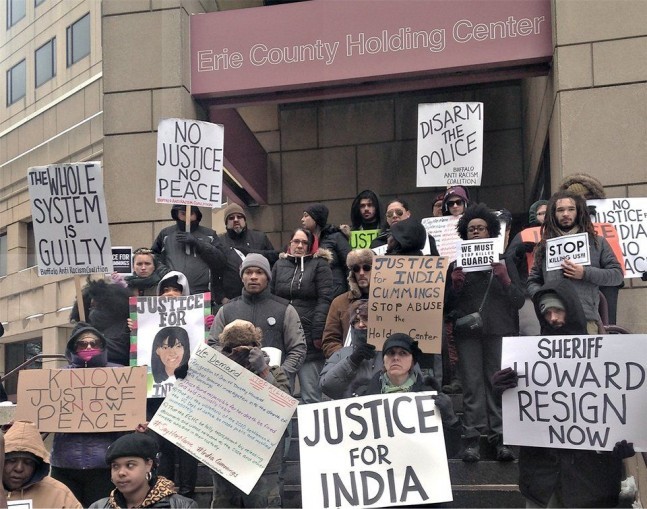 An angry crowd of protesters occupied the steps of the Erie County Holding Center in Buffalo, N.Y. on April 4, once again demanding justice for India Cummings, a young Black woman who died at the hands of guards at the center. The crowd demanded the ouster of Sheriff Tim Howard after this most recent death under suspicious circumstances at the jail.

Caravans of activists from Rochester, N.Y., Cummings’ hometown, participated in solidarity with the families of those who have been murdered by police.

Protesters occupied a number of locations in downtown Buffalo, marching and blocking traffic on multiple streets and unfurling a banner that demanded “Not One More!” between the flagpoles of the Erie County building. The protest ended with the chant derived from an Assata Shakur poem: “We have a duty to fight for our freedom!”

The march was one of an ever-growing series of protests. The next one will be at the Holding Center on May 2.