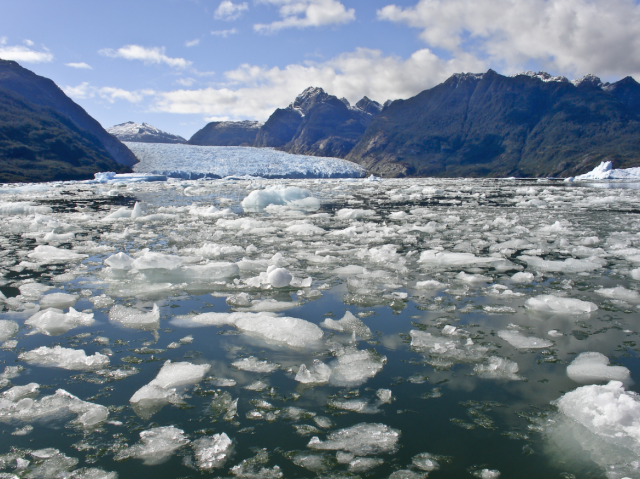 It has been more than a third of a century since climate scientists in both the United States and Britain began to publish papers showing that accumulating greenhouse gases in the atmosphere were raising temperatures around the world. (“Climate Impact of Increasing Atmospheric Carbon Dioxide,” James E. Hansen et al., Science, 1981; “Variations of Surface Air Temperatures. Part I: Northern Hemisphere, 1881-1980,” P.D. Jones et al., Monthly Weather Review, 1982)

Today, this view is universally accepted in the scientific community. The disastrous impact of global warming has been documented and made evident in more destructive storms, the melting of the polar icecaps and glaciers, heat waves and desertification.

Many attempts have been made to reach binding agreements to slow down and ultimately reverse this warming trend. The first was the Kyoto Protocol of 1997, which was signed by the Clinton administration in 1998 but never submitted to Congress. Former President George W. Bush in March 2001 rejected the protocol, leaving the accord dead in the water.

Last year came the Paris Accords, which President Barack Obama has endorsed but has also not submitted to Congress, which would likely shoot them down.

Now comes a projection by a group of climate scientists, led by Hansen, saying that the continued rise in temperatures will lead to a collapse in polar ice sheets and a subsequent rise in global sea levels that would put major coastal cities of the world under water by the end of this century. (“Ice Melt, Sea Level Rise and Superstorms,” Hansen et al., Atmospheric Chemistry and Physics, March 22)

At this moment the U.S. is fighting several wars in West Asia and parts of Africa where oil — a major source of greenhouse gas — is the ultimate prize. Its closest allies in the area, in addition to other imperialist NATO countries and Israel, are Saudi Arabia, Egypt and U.S.-imposed regimes in Iraq and Afghanistan. These costly wars for oil have taken a terrible toll on the peoples of the region — and also on the environment.

U.S. governments — both Democratic and Republican — claim to be part of the worldwide push to cut CO2 emissions and save the planet, yet have done very little. The current election campaign carries this forward. The Republican candidates, of course, have nothing useful to say about the looming dangers, if they even address the question. The Clinton camp wants to sound pro-environmental but has no concrete proposals.

The Sanders campaign says the most about environmental issues. To be implemented, its solutions would require a massive, revolutionary restructuring of the U.S. economy. The “political revolution” Bernie Sanders talks about would require a social revolution — meaning the workers and oppressed taking over the means of production — to accomplish this.

Does that mean there’s no hope? No, climate change CAN be reversed. It is possible.

Take, for example, this report by NBC News on March 31 entitled “China Unveils Proposal for $50 Trillion Global Electricity Network”: “China has unveiled a proposal for a $50 trillion global electricity network that would help fight pollution and the effects of climate change.

“The plan envisions linking existing and future solar farms, wind turbines and electricity plants in Asia, Europe, Africa and the Americas, according to the head of State Grid Corporation of China. The proposal is in its initial stages and would require huge investment from around the world. If it goes ahead, it would be the world’s largest infrastructure project. It could be operational by 2050, according to backers. …

“The State Grid Corporation of China envisions a future ‘global village’ of efficient transmission lines to tap and distribute electricity from giant solar farms around the equator and wind stations in the Arctic, according to its website. [State Grid President] Liu [Zhenya] estimated that the global network could mean clean energy comprising 80 percent of global consumption, displacing fossil fuels as Earth’s principal energy source.

“China’s government invests more than any other country in wind and solar energy. Energy transmission technology ‘has matured and clean energy is becoming more economical, so the conditions for building global power interconnection already exist,’ Liu said in a statement on the company’s website.”

Sanders’ energy program calls for making clean energy 80 percent of all energy consumed by 2050 in the U.S. If Sanders is serious about tackling global warming, then his camp should welcome this proposal by the government-owned State Grid Corporation of China, which has a plan to make that happen on a global scale. But Sanders’ program regarding China is extremely negative, blaming China, not U.S. capitalist billionaires, for job losses in the U.S., while criticizing China’s “military buildup” and “human rights” record. (See Sanders’ website on China; tinyurl.com/jpnnrsc)

It is possible to turn back global warming. China has come up with a concrete plan; it has the resources and the will to spearhead such an effort. But other countries need to unite with China for that to happen. Can anything less than a real revolution make the United States join the rest of the world in saving the planet?