White Hall, Ala. — In rural Lowndes County, Ala., on March 5, a dozen people gathered in the yard of a small, white frame house here to celebrate the 50th anniversary of the founding of “the original Black Panther Party.” 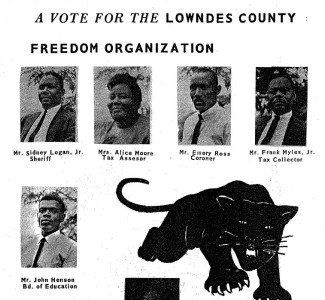 Most have heard of the Black Panther Party for Self-Defense, the Black nationalist and socialist organization anchored in California. From 1966 to 1982, the BPP sponsored armed citizen defense against police violence as well as uplifting social programs for its community. Before the surveillance, harassment and assassination carried out by the FBI’s infamous counterintelligence program (Cointelpro), the BPP had offices in 68 cities and thousands of members.

The seedbed of that revolutionary organization was in the Lowndes County community of White Hall — population 831 — and in the house that served as headquarters for the local SNCC (Student Nonviolent Coordinating Committee) voting rights campaign. SNCC grew out of a 1960 student meeting organized by Civil Rights and economic justice activist Ella Baker at Shaw University in Raleigh, N.C., and was a catalyst throughout the South for grass-roots, militant voter rights organizing.

In 1966, SNCC and local activists formed the Lowndes County Freedom Organization, an all-Black, independent political party that ran a slate of Black candidates in county elections. All Alabama parties had visual symbols on the ballot. The Alabama Democratic Party had the logo of a white rooster with the words, “White supremacy for the right.” That language was not removed until 1996. 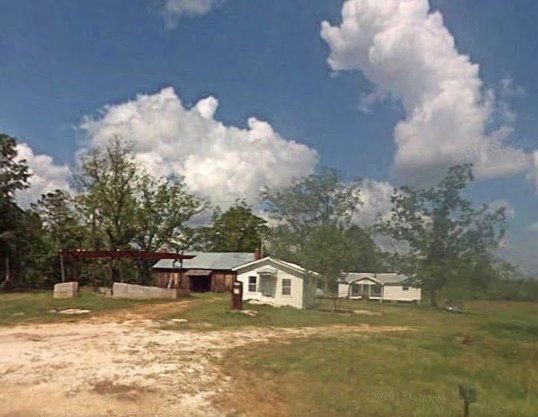 The LCFO chose a ferocious black panther for its symbol, saying it represented “courage, determination and freedom,” so the organization began to be known locally as “the Black Panther Party.”

LCFO handbills on voting rights contained the seeds of the later BPP Ten-Point Program, as the organizers announced they would set up local health clinics and called for adequate community nutrition. When Kwame Touré (Stokely Carmichael) and other SNCC members in the Lowndes County campaign went on to California organizing, they asked local activists if they could use the Black Panther Party name in their new organization, the Black Panther Party for Self-Defense.

‘The Panther is not dead!’

From the front steps of the SNCC Freedom House, Willie Ricks (Mukasa Dada), a former SNCC member who organized in Lowndes County, said: “This little, small, country place is a historic place. The panther is not dead.” He affirmed the Black Panther Party spirit still lives in the Black Lives Matter movement. Dada had coined the phrase “Black Power” in a famous interchange with Touré.

Dada also honored those who gave their lives in the struggle — from Viola Liuzzo to Che Guevara — and spoke of the struggle’s roots in Africa: Mozambique, Zimbabwe and South Africa. He acknowledged the socialist and nationalist leadership of Julius Nyerere of Tanzania, Léopold Senghor of Senegal, Kwame Nkrumah of Ghana and Sékou Touré of Guinea as part of an African and socialist revolution. He stated that the liberation of people of African descent would come only with the freeing of the entire continent of Africa from imperialism and capitalism.

He concluded, “Reparations for the people who built the world up and got nothing for it! If we want freedom, we have to fight for freedom.“

Dada told of the armed struggle necessary to defend voting rights for the 95 percent Black population in Lowndes against white supremacy. SNCC workers went to the plantations ready with weapons in order to register voters. People who tried to vote were evicted from their homes by plantation owners. When evictees built a “tent city” by the side of U.S. Highway 80, the housing was repeatedly shot up by the Klan.

Dada said, “If anyone was attacked, we ran to them.”

When SNCC workers first arrived in Lowndes, they flagged down a school bus bringing children of the Black community home from their segregated school. They asked the driver, John Jackson, 16, if they could ride from house to house with him, to let people know SNCC was opening voter registration. Jackson took them to his father.

Matthew Jackson, a farmer, armed them and assigned his children and grandchildren as their aides. Jackson senior also gave them the frame house for their use, located next to the Jackson family home of 100 years. Its central breezeway had been used as a schoolhouse for the Black community’s children before any public education had been allowed them.

The support of the Jackson family and other local activists comes from deep roots of resistance in Lowndes County — a resistance in the area going back to the Indigenous peoples of the Creek Confederacy.

A historical marker at the road to the SNCC Freedom House announces a nearby 1813 “Battle of Holy Ground,” where U.S. troops defeated a Creek uprising. What the marker doesn’t say is that the battle at Ikan Atchaka/Econachoca (“sacred ground”) was a key moment when the Redstick Movement of the Creek nation militarily resisted the U.S. imposition of slavery and property ownership on their region and society. In this battle, Creeks and self-liberated Black people fought together against the U.S. troops. (tinyurl.com/zlmag9d)

During the 18th and 19th centuries, all five major Southern nations or confederations of Indigenous peoples — the Cherokee, Chickasaw, Choctaw, Creek (Muscogee) and Seminole — were subjected to a strategy of “civilization” by the U.S. that tried to make some members of the nation into slaveholders, thus dividing the people through unequal levels of property ownership.

As soon as slavery was introduced into the U.S. Southeast, enslaved people began to liberate themselves by escaping to swampy lands near the Alabama River to live in “maroon” lands and secret encampments of Native peoples.

Though no direct connection can be traced, it seems possible that the appeal of the black panther to local Lowndes County people might rest in its Indigenous roots — the fact that the Panther gens, the Katsalgi, was one of the primary Creek social units. In folk narratives, the panther is sometimes featured as a leader or commander of other animal peoples. (native-languages.org)

Certainly militant resistance by oppressed people continued even as slavery and white supremacy became entrenched as the law of the land. In 1861, in Lowndes and Montgomery counties, a hundred enslaved people of African descent, together with “poor whites of the country,” planned a rebellion in which they would redistribute the “land, mules and money” of the plantation owners. Twenty-five Black and four white insurrectionists were executed when the plot was discovered. (Herbert Aptheker, “American Negro Slave Revolts,” International Publishers, 1943)

The struggle for economic as well as racial justice arose again in the 1930s in Lowndes County when the Sharecroppers Union (SCU), organized primarily by the Communist Party USA, led 6,000 members in Lowndes, Macon, Montgomery and Dallas counties. In 1935 the SCU conducted a spring cotton-choppers’ strike and a summer cotton-pickers’ strike to counter wages of $4 a month, plus board, and to stop mass evictions of the workers to consolidate land for mechanized farming. Demands included equal pay for women and no discrimination against Black people.

Repression in Lowndes County was brutal, with floggings, rapes and assassinations of union organizers and supporters. However, “armed strikers organized their own ‘posses’ and in one instance a group ‘met the vigilantes as they started to raid a striker’s shack. When the [boss’] gang saw the opposition was formidable, they ran, and since then the raids have not been so frequent.’” (Robin D.G. Kelley, “Hammer and Hoe: Alabama Communists during the Great Depression,” University of North Carolina, 1990)

This long, long tradition of resistance showed up the night SNCC called the first meeting for voter registration in Lowndes County.  A room full of Black farmers showed up — armed. When told that SNCC was “a nonviolent organization,” an older farmer replied, “You turn the other cheek, and you’ll get handed half of what you’re sitting on.“ (Kelley)