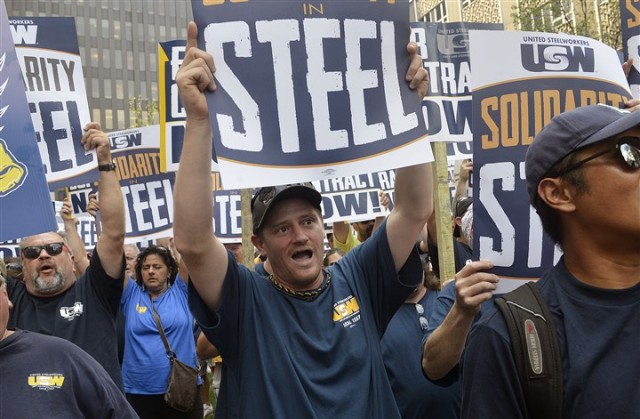 The specialty steel company Allegheny Technologies Inc. has ended its lockout of the workers. After demanding the Steelworkers union hold a vote on an extremely concessionary contract, ATI locked out 2,200 workers at 12 plants in six states on Aug. 15, 2015. The company didn’t even give the union time to schedule a vote.

In all 12 plants, including seven in Pennsylvania, solidarity on the picket line remained strong as the lockout dragged on. The company mistakenly thought it could starve the workers into submission. The union members knew they were fighting an illegal lockout, a fact affirmed in December when the National Labor Relations Board charged ATI with just that, requiring that ATI pay the workers for lost wages and return to the bargaining table.

Details of the new agreement have not been released, but the union revealed in January that ATI was backing off from major health care cuts and an inferior pension plan for future workers. ATI workers have yet to vote on the tentative agreement and also on terms to return to work. If they approve the new contract, it will not be long before they are collecting a paycheck again.

Throughout the fight, “picket line heroes” emerged and were honored on the Steelworkers’ website. Members were profiled for their dedication of time and energy well above their expected duties on the picket line. The end of the lockout came about because the workers “showed us all the strength that we can have when we stand together in unflinching solidarity,” according to Steelworkers International President Leo Gerard.